Orlando Hernández is an interdisciplinary performer working primarily in tap dance as a touring and teaching artist.

Orlando has presented his dance work in Solo: A Festival of Dance at On the Boards (Seattle), Movement Research at the Judson Church (NYC), The Provincetown Dance Festival (MA), the SPACE Gallery (Portland, ME), The Activist Body at Brown University (RI), Modern Movements Dance Festival at AS220 (RI), Ibeam Brooklyn (NYC), and La Casa de Cultura Ruth Hernández Torres (Río Piedras, Puerto Rico). Orlando has been developing a series of performances exploring histories of colonialism, violence, and racialized experience in the Americas and the Caribbean. He has received residencies from Yaddo and La Espectacular, funding from the New England Dance Fund at NEFA, and was recently awarded the 2019 Fellowship in Choreography from the RI State Council on the Arts.

Orlando has been developing a series of pieces exploring histories of colonialism and diaspora in the Americas and the Caribbean. He is interested in how rhythm and improvisation relate to tradition and freedom. His performance work seeks experiences of close looking and listening.

Orlando is a member of Boston-based tap dance company Subject:Matter, directed by Ian Berg. As an actor, he has performed in productions by Trinity Rep, the Brown/Trinity MFA Program, Spectrum Theater Ensemble, and Arte Latino of New England. His poems and translations have appeared in several journals, and he has been involved since 2016 in Trinity Rep and Rhode Island Latino Arts' bilingual summer theater collaboration, Teatro en el Verano.

Orlando lives in Pawtucket, RI, teaching tap dance at schools, studios, and non-profits. See his work as part of DANCE NOW at Joe’s Pub in New York, NY, on September 7.

Toby makes dance work for crutches, wheels, ground, and aerial fabric. Their upcoming solo show A Singular They (working title) will use all of these modes to explore the way change exists in their body and their identity. In June 2018, Toby premiered Enter the Void, a performance installation in the darkness of space, accompanied by a sci-fi poetry guidebook. Their 2014 independent evening work One, Two showed locally and in the UK. Toby has also danced with Murmurations Dance immersive site works When Women Were Birds and Bone Hooks; in Heidi Latsky's GIMP; and in work by Tiffany Rhynard and Lida Winfield, among others.

Recent publications of Toby's poetry and prose include Vulture Bones, Arsenika, Strange Horizons, and Liminality magazines; collection in Transcendent 2 from Lethe Press (starred Publishers Weekly, Locus Recommended List, Lambda Literary finalist); and their debut collection If Not Skin from Aqueduct Press (2018). Their written work, much as their dance work, often explores questions of embodiment and selfhood, with shapeshifters, robots, and creator archetypes, as well as plenty of queer love.

When not dancing, writing, or creating, Toby is a teacher/trainer, facilitator, and planner, working with nonprofits, colleges and schools, performance venues, artists, and all kinds of community groups to help them chart a path toward a more inclusive future.

Geo Neptune is a member of the Passamaquoddy Tribe from Indian Township, Maine, and is a Master Basketmaker, a drag queen, an activist, an educator, and a two-spirit—an indigenous cultural, spiritual, and gender role that holds the sacred space between masculine and feminine energies.

Learning primarily under their grandmother Molly Neptune Parker, Geo has been weaving since they were four years old. At 11 years old, Geo began teaching with the Maine Indian Basketmakers Alliance, and became the youngest person to receive the title of Master Basketmaker at age 20. After graduating from Dartmouth College in 2010, Geo returned home to Indian Township and began developing their individual artistic style of whimsical, elegant, traditionally influenced, and historically informed basketry.

As an educator, Geo has worked not only within Wabanaki communities towards cultural preservation, but statewide within Maine schools to provide content for the state’s Indigenous History educational mandate. Geo’s activism has enabled them to travel the world to share about the contemporary issues faced by indigenous peoples, including to Capetown, South Africa, and Barcelona, Spain, for the World Summit of Nobel Peace Laureates, to the United Kingdom with PeaceJam: Winchester, and to the North Island in New Zealand for a Maori-Wabanaki cultural exchange.

Geo’s work narrates the journey toward embracing the sacred role of the two-spirit: a keeper of tradition, a teacher, and a role model for Passamaquoddy and other Wabanaki youth. Geo hopes to inspire other two-spirits from across turtle island to accept their truth and embrace their sacred responsibility. See Geo’s work at the Santa Fe Indian Market, August 17-18, 2019.

These three recipients join the 12 artists who have received Rebecca Blunk Fund awards since the first awards were made in 2015.

About the Rebecca Blunk Fund

The Rebecca Blunk Fund at the New England Foundation for the Arts was established in memory of Rebecca Blunk (1953-2014), celebrating her 29 years of service to NEFA and her abiding passion for the arts. Honoring Rebecca’s desire that the fund support artistic creation, connection, and curation, the Fund awards annual grants to New England artists whose work demonstrates creative excellence and professional accomplishment. Awards are in the form of unrestricted funds intended to support artists’ professional development and creation of new work. NEFA welcomes donations to the fund on an ongoing basis; as with all donations to NEFA, donations to the Rebecca Blunk Fund are tax deductible to the fullest extent of the law. Acknowledging Rebecca Blunk’s long service and expertise as part of the NEFA staff, artist nomination is made by NEFA program staff with comments by external advisors.

Rebecca came to NEFA from the Nebraska Arts Council in 1985 as the director of performing arts and then served as deputy director for ten years before being named executive director in 2004. Under her leadership, the organization brought important resources to New England, strengthening its capacity to connect artists and communities through regional, national, and international programs. 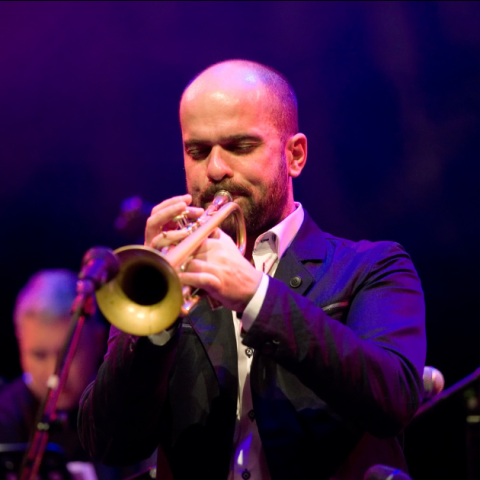