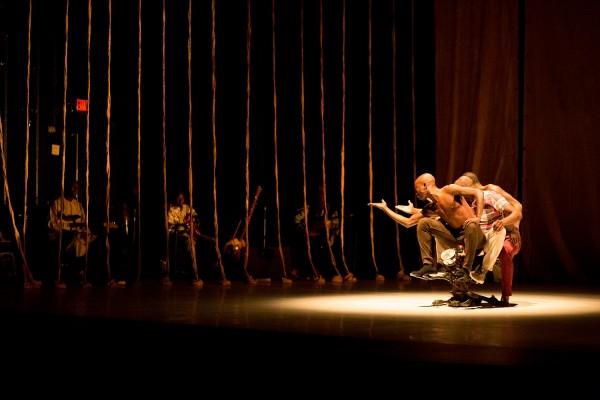 (Boston, MA) The New England Foundation for the Arts (NEFA) has awarded $280,000 through the National Dance Project (NDP) to support touring by dance companies in 2016-2017. NEFA’s National Dance Project fuels the creation of new dance works and brings the work of the most compelling dance artists of our time to audiences across the nation.

“This remarkable group of artists represents exciting perspectives about the dance field today. Awardees range from a nationally renowned company to international ensembles from Israel and France, and several artists new to national touring,” said NEFA executive director Cathy Edwards. “These works are exploring a number of social and political issues of our time, and will be resonant with audiences and communities nationwide.”

Eight dance companies have received NDP Touring Awards of up to $35,000 each that will support U.S. tours of the awarded projects during an 18 month tour period of June 1, 2016-November 30, 2017. These projects were selected from a highly competitive pool of 64 U.S. and international applicants and are available to tour with NDP support. A publication of the eight Touring Award projects will be available in January 2016, and will include tour coordinator information for U.S. organizations interested in presenting these projects. Organizations interested in presenting any of these projects should contact the tour coordinators prior to March 7, 2016, in order to be considered for funding through NDP Presentation Grants. Tour coordinator contacts and other information for all projects currently eligible for NDP Presentation grants can be found in the online directory on NEFA’s website.

About NDP
NEFA’s National Dance Project (NDP) supports the creation and touring of new dance works in the United States. Since 1996, the program has distributed more than $28 million in funding to support the dance field in ways that enhance partnerships between artists and presenters with the equally important goals of engaging and expanding audiences for dance. To date, NDP has supported the creation of over 350 new choreographic works that have toured to all 50 states, Washington, DC, and the U.S. Virgin Islands, reaching over 3.6 million audience members.

NEFA's National Dance Project is supported with lead funding from the Doris Duke Charitable Foundation and The Andrew W. Mellon Foundation, with additional support from the National Endowment for the Arts, and funding for special initiatives from the Cultural Services of the French Embassy and the French American Cultural Exchange. Visit www.nefa.org or call 617.951.0010 x521 for more information.