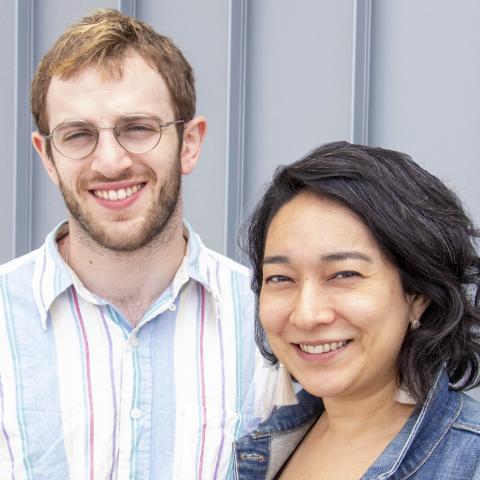 In 2016, the National Theater Project added a new grant opportunity, the NTP Transition Grant, to support the needs of NTP Creation and Touring Grant recipients following the completion of their NTP supported tours. The creation of Transition grants was prompted by learning from the ongoing NTP evaluation and discussions with grantees about their needs once their Creation and Touring grants were complete; the grant is also a recognition of the need for more support for artists beyond project-based support. Artists identified the need for additional capacity-building support for organizations to leverage experience gained during their NTP grant period and support for grantees to further develop and maintain more stable and sustainable work structures.

We are happy to announce the six artists/ensembles who received an NTP Transition Grant in 2020:

Over the four years of grantmaking, we have seen artists/ensembles utilize the grant in many different ways to support their sustainability. Some artists/ensembles have used this grant to continue an administrative role (e.g. producer, tour manager) that has added value to the operations of the ensemble; to network with contacts developed through the grant period for development of future tours; to participate in professional development or consulting to help sustain capacity of the ensemble; and to undertake restructuring and/or strategic planning. Below are some of the testimonials from our grantees about the impact of the grant.

"This grant provided me time and energy to focus my time and energy on my creative and artistic responsibilities, as well a time to provide guidance and mentorship for Anthony Torres, whom is relatively new to the administrative and leadership duties within our theater company. By funding the work of both E.D. Anthony Torres and Budget Director Gary Lund, I have been able to focus my attention on other aspects of production, including intensive rehearsals, music production, logo design, direction and dramaturgy. This grant was pivotal to the successful production of AMAL."

"Receiving NEFA’s NTP Transition Grant allowed SITI Company to take advantage of unique opportunities that we would not have had the capacity to address otherwise. Each performance of a SITI Company production is an opportunity for audience engagement, donor development and cultivation, and future relationship building with presenting partners. In accordance with SITI’s priorities, a very large percentage of our annual budget goes to our artists, leaving a very lean administrative staff to do the work of ensuring SITI’s future touring. In 2017, SITI’s vast activity offered an outsized number of such opportunities. We had five production engagements in only three months, and currently have a lot of new work ready to be booked. In June, SITI also kicked off our 25th anniversary season, making this an ideal moment for the cultivation of local donors in our home of New York City.

The NTP Transition Grant allowed SITI to invest in administrative staff and consultants, which allowed us to apply the same rigor and fastidiousness to our producing activity as we do when we perform onstage. By giving us the tools to better develop our relationships with presenting partners and with donors, we hope that this grant will yield big returns in the coming months and years."

"Double Edge is growing and we are building the infrastructure to match its growth. This funding allowed us to retain a talented individual at a time when we were taking on a bold new phase of our artistry. It enabled us to create work that engaged people in a deep and personal mode while also maintaining the necessary organizational scaffolding to make sure the flow of rehearsal production, collaboration, and community intersection happened with care and efficacy. It also enabled us to deepen our synthesis with our town, establishing new connections throughout the area both on an organizational and an individual level. We are now working to steward those partnerships to advance collective goals.

At the same time, we were able to build meaningful relationships and deepen existing ones across the country.

Double Edge’s work lives in this person-to-person connection that gets established in the early phases of tour research. These trips to Detroit and the additional networking with our Minnesota presenting partners propelled this work forward, and crystallized the possibility of a national audience.

Lastly, it allowed us to define and sculpt our touring model which focuses on collaboration with non-traditional partners such as museums and community organizations, building an interdisciplinary experience that activates interests across the community."

"At the time of Theater Mitu’s application for the NTP transition grant, the company was in the process of acquiring, renovating, and establishing a new multi-use arts venue in Gowanus, Brooklyn.

MITU580 has become a watershed opportunity for Theater Mitu to cultivate new relationships with possible presenters by inviting them to a physical space to see our work while we ready other productions for tour. We have seen a groundswell of interest from presenters because of MITU580 and because of the additional financial and logistical support provided from NTP’s transition grant, we have been able to identify three productions for our ongoing touring repertoire: Death of a Salesman, Juárez: A Documentary Mythology, and Remnant. Now that we run MITU580, conversations with these presenters have expanded to include the presentation of other artists and their work at the venue, which furthers our mission to make MITU580 a place where arts and culture are accessible to all. As we look ahead to our fall 2019 tour of Remnant, we realize that it would not have been possible without the support from NEFA’s NTP Transition grant.

By giving Theater Mitu the ability to spend these funds without restriction on touring and production costs gave us time and space to develop new and original work that pushes the boundaries of theater and prepare it for these engagements."

NEST Grant Changes: What You Need to Know