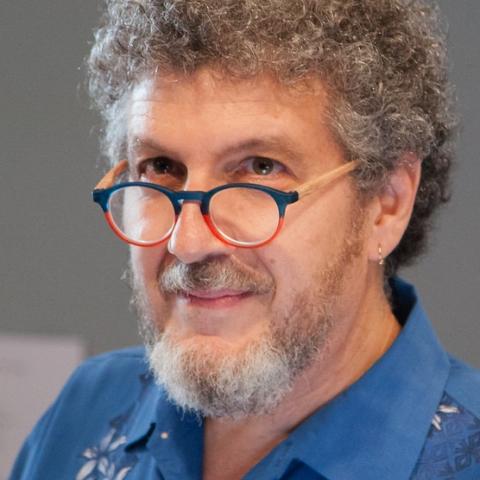 Todd London’s many books include An Ideal Theater: Founding Visions for a New American Art (Theatre Communications Group); Outrageous Fortune: The Life and Times of the New American Play (Theatre Development Fund); The Importance of Staying Earnest (NoPassport); 15 Actors, 20 Years (Dutch Kills); The Artistic Home (TCG); and The World's Room, a novel (Steerforth). His second novel, If You See Him, Let Me Know, will be published this February (Austin Macauley). This Is Not My Memoir, co-authored with Andre Gregory, is due out in May (Farrar, Straus, Giroux). Todd spent 18 seasons as Artistic Director of New York's New Dramatists, the nation's oldest laboratory theatre for playwrights. In 2009 Todd became the first recipient of TCG’s Visionary Leadership Award for “an individual who has gone above and beyond the call of duty to advance the theatre field as a whole, nationally and/or internationally.” A former managing editor of American Theatre, he has won the prestigious George Jean Nathan Award for Dramatic Criticism for his essays and a Milestone Award for his first novel. Under his leadership, New Dramatists received a special Tony® Honor and the Obie’s Ross Wetzsteon Award. Executive Director of the University of Washington School of Drama from 2014-18, he has also taught at Harvard, New York University’s Tisch School of the Arts and the Yale School of Drama. Todd is currently Director of Theatre Relations for the Dramatists Guild, Head of MFA Playwriting at the New School, and Founding Director of The Third Bohemia, an interdisciplinary retreat for artists. He received an honorary doctorate from DePaul University’s schools of Theatre and Music in 2016. He serves on the boards of the Network of Ensemble Theatres and the Lilly Awards, which named him “Miss Lilly” in 2014. “A Lover’s Guide to American Playwrights,” his column of tributes to contemporary playwrights, appears on howlround.com.