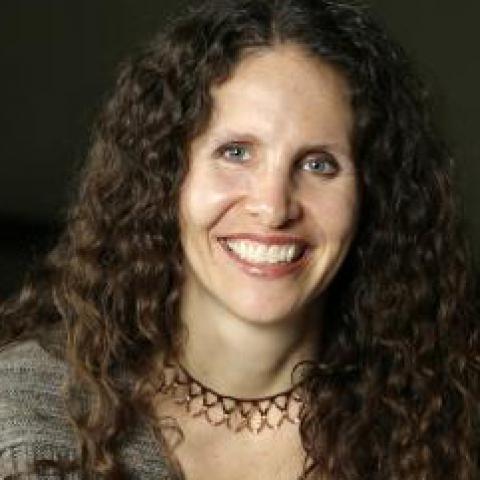 Shira is the Founder and Artistic Director of Keshet, launching the organization in 1996 - utilizing the arts as a catalyst for change.  She began teaching dance in NM’s juvenile prison system in 1997 and developed Keshet’s M3 Program (Movement + Mentorship = Metamorphosis), which includes a credited, movement-based curriculum taught in the on-site high school within the juvenile prison focusing on math, science, literacy, and conflict resolution skills in addition to maintaining student/mentor relationships throughout and beyond the parole and reintegration process (currently maintaining a 0% recidivism rate for participants). In 2016, Keshet began the process of codifying and sharing the M3 Program nationally, piloting in five cities across the United States, and in 2020 launched the New Mexico Arts and Justice Network –  expanding Keshet’s efforts to include policy/advocacy, return-to-work opportunities, field research, and the development of a cohesive network of arts and justice partners throughout the state.

She has created over 60 original dance works for stage and film, including “Nutcracker on the Rocks” [“Any unmoved spectators had to be dead” – Arthur Alpert, Prime Time Magazine]; “Ani Ma’amin” [one of the most moving and beautifully designed dances this viewer has experienced…totally absorbing” - Jennifer Noyer, Albuquerque Journal]; and “A beast an angel and a madwoman” [“Transformative” – Matti Straub-Fisher, KaosPilots, Bern, Switzerland].

She has been recognized by multiple organizations and awards including the Martin Luther King, Jr Multicultural Council’s Keep the Dream Alive Award for “creating an environment where the medium of dance is used to build cross-cultural and social bridges to every aspect of society” and the former President’s Committee on the Arts and the Humanities. She has been a guest speaker throughout the US, Europe and Israel, sharing Keshet’s integrated approach of the arts in the areas of social justice and economic development. In 2013 with a $1,000,000 investment from the U.S. Department of Commerce, Greenberg opened the Keshet Center for the Arts, a 30,000 sf performing arts center in Midtown Albuquerque, and within it launched the Keshet Ideas and Innovation Community (KIIC), a business incubator and resource center for arts entrepreneurs, including choreographic residency programs.