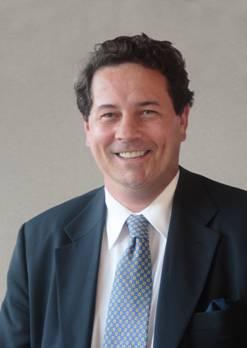 (Boston, MA - August 2009) Mary Kelley, board chair of the New England Foundation for the Arts (NEFA) announced the appointment of new board member Christopher “Kip” McMahan of Providence, RI.

McMahan is a design architect for higher education, non-profit organizations, and real estate development. He established Christopher McMahan Architects in Providence in 2009 to focus on providing design-oriented solutions for this client base. With 25 years experience in New York and New England, McMahan is a past principal of RGB in Providence and Steffian Bradley in Boston.

McMahan recently completed his fifth year as chairman of the Rhode Island State Council on the Arts, and has served as a volunteer on several non-profit boards: as president of The Music School of RI, on the Rhode Island Philharmonic Orchestra (RIPO) executive committee from 2000-2005, and RIPO Board of Overseers until 2008; on the board of Rhode Island Citizens for the Arts, 1999-2008; and as a trustee of the Providence Preservation Society, 2001-2004, which awarded him the President's award in 2004. He received the 2006 Arts Advocate Award from the Rhode Island Arts and Business Council. “I'm looking forward to expanding the perspective I've gained over the last several years on the RISCA board, and to participate in the regional and international initiatives that NEFA reaches so well," he remarked.

McMahan is a member of the AIA, a LEED Accredited Professional, and is NCARB certified. He received bachelor degrees in Fine Arts and in Architecture from the RI School of Design ('83,'84). He lives in the College Hill neighborhood of Providence with his wife Pamela Harrington.

About NEFA
The New England Foundation for the Arts creatively supports the movement of people, ideas, and resources in the arts within New England and beyond, makes vital connections between artists and communities and builds the strength, knowledge, and leadership of the region's creative sector. NEFA is a 501 (c) 3 organization that operates with funding from the National Endowment for the Arts, the New England state arts agencies, and from corporations, foundations, and individuals.