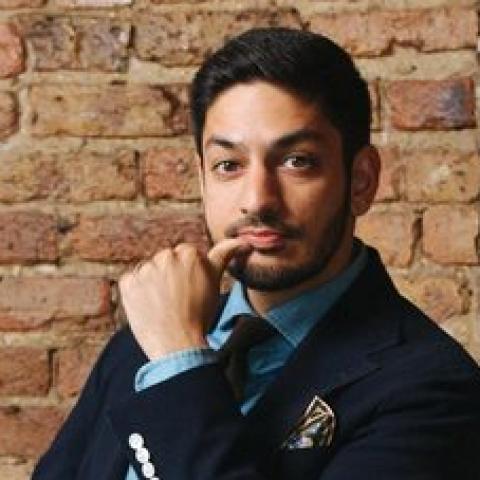 The Center Stage program was exciting as soon as I heard about it.  As the Director of Arts and Culture at IMAN (Inner-city Muslim Action Network), I have a profound interest in the performing arts from countries like Turkey, Syria, Mali, Senegal, Pakistan, and Indonesia.  The fact that all of these countries were initially considered for Center Stage (in addition to Haiti) made the program compelling even before I was officially involved.  Once I was asked to serve on the Advisory Committee, I felt a deeper connection to not only the program but also the greater intent of using the arts to connect people to each other, regardless of perceived or real differences.

Of course, the real excitement came when I was asked to travel to Pakistan to meet with some of the artists we had shortlisted for the program.  I have roots in Pakistan, and especially in Karachi, and I was looking forward to seeing the country’s rich culture and tradition in a new light.  Coming to Karachi was truly like a homecoming.  I felt immediately connected to the familiar sights, even though the city is constantly evolving. I felt connected to the people, the scents, the food, the sound, the language and the feel of the city.  It truly made me feel like this was my city.

Although our time in Karachi was short, the experience was profound.  A month later, I have very vivid memories of the great people we met.  Meeting comedian Saad Haroon felt like meeting a distant relative and Jon Stewart all wrapped into one person.   The Awan family and Haroon family welcomed us as their guests and each treated us to dinners in their homes as well as a glimpse into the traditional music forms of Pakistan.  There’s something about breaking bread at someone’s home that that cannot be easily replaced. Tehrik-e-Niswan inspired me with their decades of work and dedication to the women’s movement in Pakistan through theatre and dance.

My fondest memories of Karachi encapsulate the mission of the Center Stage program well.  I had a lot of fun leading a Hip Hop workshop at Body Beat Dance Studio.  I realized this was my time to share an aspect of contemporary American culture with Pakistanis, who also fully embrace Hip Hop culture.  I also had the opportunity to listen to and spend time with Farid Ayaz and Abu Muhammad, Sufi Qawwali musicians whose family has kept the tradition alive for over 700 years.  It was remarkable to me that, in the same city, I could connect Hip Hop to young Pakistanis just as easily as I could connect to Qawwali and my Pakistani elders. Art truly is a universal language.