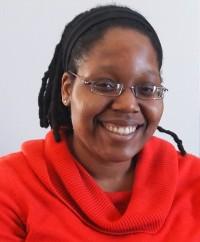 (Boston, MA) The New England Foundation for the Arts announced that Deidra Montgomery is taking a new role at NEFA as the program coordinator for Creative City.

Most recently, Deidra has been a part of NEFA’s development department, starting as associate in March 2014 and promoted to coordinator in June 2015. Earlier, she served as a program manager for PALS Children’s Chorus of Brookline and as an AmeriCorps volunteer rural music educator for Ethos Music Center in Oregon. An avid Sacred Harp singer, she has been actively involved with the community in Boston since 2012, chairing the annual Boston Singing in 2014. She has served as a music grants guest panelist for the Somerville Arts Council and is a member of the Organizing Committee for the HONK! Festival of Activist Street Bands. She also plays trombone with the ensembles Boycott and the Second Line Social Aid and Pleasure Society Brass Band.

A resident of Somerville, Massachusetts, Deidra received a B.A. in music from Amherst College (2010) and an M.A. in Arts Administration from Goucher College (2015). “Deidra's experience as an administrator and artist as well as her thoughtful approach to supporting artists across Boston's diverse communities will be a great asset for this program,” said NEFA’s Creative City program manager Kim Szeto. “I look forward working with Deidra in this new capacity and seeing her contribute to Creative City in meaningful ways.”

About NEFA
NEFA builds connections among artists, arts organizations, and funders, powering the arts to energize communities in New England, the nation, and the world. NEFA is a 501(c)(3) that operates in partnership with the National Endowment for the Arts and the New England state arts agencies, with additional funding from corporations, foundations and individuals.