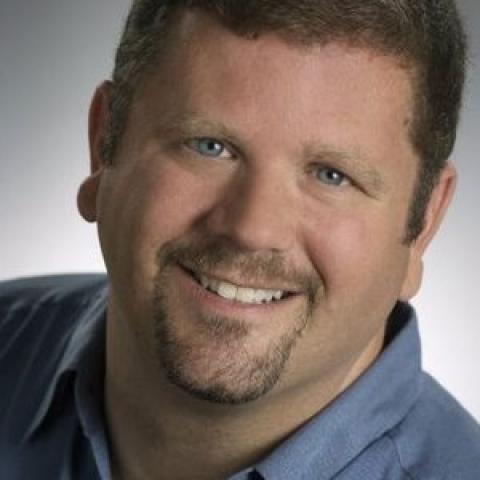 Adapted from the January 2016 article, "Collaborating for Maximum Impact: Presenting the Nile Project at Boston University," in the American Journal of Arts Management.

NEFA proudly supported a 2015 tour of the Nile Project in New England not only for its artistic merit, but for the host organizations’ thoughtful collaboration in their communities to maximize impact for the artists and community members. Founded in 2011 by Egyptian ethnomusicologist Mina Girgis and Ethiopian-American singer Meklit Hadero, the Nile Project is a collective of musicians from the 11 Nile countries. Their music unifies the African region's diverse voices, instruments and traditions and also addresses the Nile basin’s water politics and cultural conflicts. In 2015, the Nile Project traveled across the U.S. for a four-month tour, which included seven New England stops. Advance planning efforts enabled New England presenting organizations to deeply engage with the artists and their communities through NEFA’s Expeditions program. To understand the depth of planning involved at one tour stop, we asked Ty Furman, Managing Director of the Boston University Arts Initiative, to share the genesis of the Nile Project’s artist residency at the university in spring 2015. The BU Arts Initiative had an array of partners at the university and beyond campus to help bring the Nile Project to Boston.

The Provost and Chief Academic Officer of Boston University, Jean Morrison, created the BU Arts Initiative in September of 2012 to engage all BU students in the arts so that “the arts are fundamental to the BU student experience” (J. Morrison, personal communication, March 19, 2013), to encourage interdisciplinary arts programming, and to raise the profile of the arts at Boston University. Part of our programming is to present a campus Signature Event - a major artist or arts scholar, each semester. The Nile Project residency served as our Spring 2015 Signature Event.

In April of 2013 Marié Abe, Assistant Professor of Music in the Department of Musicology and Ethnomusicology at Boston University, approached me to discuss collaborating with the BU Arts Initiative to bring the Nile Project to Boston University for a multi-day residency. Abe, a professional musician and scholar, has a personal connection to Mina Girgis, one of the founders of the Nile Project, and had recently become aware of their planned U.S. tour. She was also willing to share the administrative burden of planning and executing the residency, believing that it would meet several personal and academic goals, which aligned with those of the Arts Initiative. Specifically, Abe wanted to increase the visibility of the interdisciplinary nature of ethnomusicology; add diversity to the programming of musical events on campus; provide hands on educational experiences to our students; foster better connections with individual faculty members and programs on campus; and raise awareness of BU as a destination for higher-caliber work music experiences in greater Boston.

Abe’s status as a faculty member gave the program a critical foundation in the academic mission of the university, and was instrumental in securing additional university funding and programming support from other academic units at BU. Her expertise as a performing artist, and presenter of world music also made her an ideal partner to work with us on this ambitious event.

Through the Nile Project, we were made aware of an Expeditions Tour Planning grant from NEFA to the Hopkins Center for the Arts at Dartmouth College for the planning of a New England tour. In August of 2013, we joined more than 30 presenters and community arts administrators at Dartmouth to explore the possibility of presenting the Nile Project at various locations in New England. In the end, we became one of seven regional presenters that received direct financial support from NEFA to present the Nile Project. The connection with other presenters was invaluable for our planning and execution of this residency. Fellow presenters shared everything from guest speaker ideas, educational materials, potential residency events, campus academic partners, and local resources that would connect with the relevant issues of the Nile Project.

Early in our process of exploring the possibility of this residency, we became aware that World Music/CRASHarts, a critically acclaimed Boston area presenter, was also interested in bringing the Nile Project to Boston. Through a number of conversations with them, it was decided that BU would submit an application for a five-day Nile Project residency and that the BU Arts Initiative would serve as the primary applicant. WorldMusic/CRASHarts would collaborate specifically on the presentation of three performances, for which they would provide production management. In turn, World Music/CRASHarts would have exclusive rights to sell tickets to the second of two evening performance, which they would market as a collaboration between their organization and the BU Arts Initiative, while the BU Arts Initiative would recognize them as a co-sponsor of the residency. The performances would take place on campus, and the BU Arts Initiative would pay all facility and equipment rental fees. No money would be exchanged between BU and World Music/CRASHarts, whose staff would provide a level of production expertise that BU simply did not have in house.

Over more than a year, Abe and my team met at least once a month to plan and, at times, engage other BU faculty and staff we identified as potential collaborators. Those meetings were an opportunity to explain the goals of the residency and to solicit additional financial support and programming ideas. Other key tasks of the planning process were: identifying marketing opportunities, deciding upon marketing tactics and content, developing draft communications to solicit faculty participation, securing additional financial support, exploring programming locations on campus, determining the feasibility of a school matinee, and creating contact sheets for press, VIP invitations, marketing outlets, local schools, and local ethnomusicologists.

Financial commitments to support the residency eventually came from both the School of Music and the African Studies Center. In 2013, Barbara Brown, Director of the Outreach Programs for the African Studies Center had participated in the Nile Gathering - a five-day program in Africa that brought together 30 community education leaders and activists from Nile countries and the U.S. Brown’s connection to the Nile Project and understanding of the program made her a valuable and welcome collaborator. In particular, she encouraged and supported the student matinee as well as the Boston area music teacher’s workshop.

Additional programming collaboration commitments came from several faculty and program offices at BU, including the Pardee Center for the Study of the Longer Range Future, which hosted a panel discussion on water politics and the Nile River. Commitments for marketing and promotions support came from Global Programs, sustainability@BU, the Middle Eastern and North Africa Program, Music Education, Alumni Relations, and the department of Earth and Environment. Additionally, the BU Art Gallery included Nile Project residency information in printed program materials for the photography exhibit Dignity: Tribes in Transition by Dana Gluckstein. The exhibit honored indigenous peoples worldwide and ran in advance of and simultaneous to the Nile Project residency.

The residency ran March 23-27, 2015 and consisted of the following programs that were open to the public:

The residency also included the following events that were exclusively for the BU Community:

The residency, which was covered in The Boston Globe, and by National Public Radio and Public Radio International, engaged more than 2,000 people. The overwhelming success of the Nile Project residency at BU has affirmed our commitment to seek out and engage external partners for our Signature Events. Because of the success of the student matinee, we have also committed to continue engaging local school children when possible. In fact, in March of 2016 we hosted more than 400 local high school students for an English language, Japanese noh inspired performance as a part of another five-day artist residency.

We are so grateful for the support of NEFA in presenting the Nile Project at Boston University. The entire process was richly rewarding. As a result of our experience, I highly recommend to anyone considering a similar project to make time to explore any and all possible partnerships both internal and external, to be open to non-traditional but beneficial arrangements, and to think strategically about how your program can serve the broader community at little or no cost.