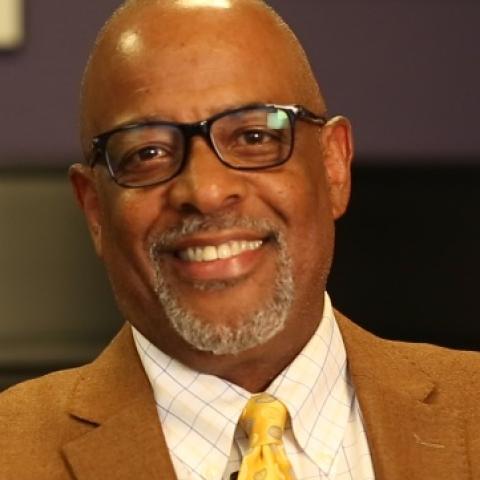 Larry Simpson (He/Him/His) retired in 2022 from the role of senior vice president for Academic Affairs and provost, a position he held since 2005. As the the college's chief academic officer, he was responsible for all academic and degree programs. As chief negotiator for the college, he successfully negotiated several important contracts with the faculty union, including the successful integration of the Boston Conservatory faculty into the faculty union in 2018.

During Simpson's tenure, the college experienced significant academic growth. The college expanded to include a campus in Valencia, Spain, and created formal partnerships with over 40 institutions and organizations globally. Under his leadership, the college conducted its first comprehensive review of the curriculum and developed graduate programs, first at the campus in Valencia and then on the Boston campus. In addition, he supervised the development of several institutes that provide exceptional students with unique curricular experiences. These include the Berklee Global Jazz Institute, the Berklee Institute of Jazz and Gender Justice, the Effortless Mastery Institute, and the Berklee Popular Music Institute, among others. Under his leadership, the college established the electronic digital instrument as a principal instrument, making Berklee the first college in the nation to do so.

Prior to coming to Berklee, Simpson served as president of the Eastern campus and the Metropolitan campus of the Cuyahoga Community College District in Cleveland, Ohio. He currently serves on the board of the New England Foundation for the Arts, where he served as board chair for five years. Other selected past board service includes work with the Association of Performing Arts Presenters (three years as national board chair), the National Black Arts Festival, the Community Partnership for Arts and Culture (served as chair for one year), the Musical Arts Association (the Cleveland Orchestra), and Arts Midwest, among many others. In addition to board service, Simpson has served on many panels for the National Endowment for the Arts, the Doris Duke Charitable Foundation, the Heinz Awards, the Ohio Arts Council, and the National Jazz Service Organization, among others. In 2015, he was presented with the University of Pittsburgh's Kenneth P. Dietrich School for Arts and Sciences Distinguished Alumni Award, and in 2018 he was named a Tri-C Jazzfest Legend.

Simpson earned his undergraduate degree from Kent State University and his M.S. and Ph.D. in social psychology from the University of Pittsburgh.