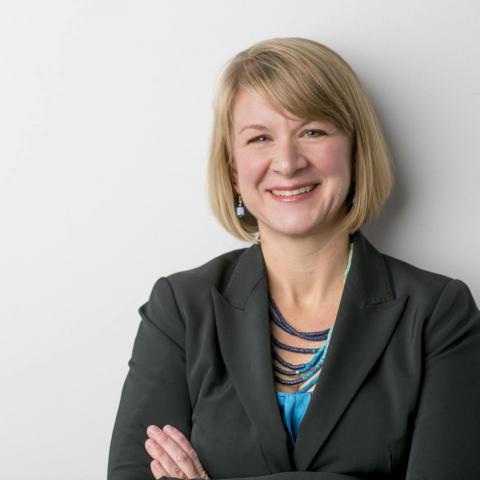 Kristen Brogdon joined the staff of Northrop at the University of Minnesota in June 2019 as Director of Programming. She curates Northrop’s Dance and Music Series and leads the organization’s artistic vision and planning. From 2015-2019 she directed the Office of the Arts at UNC Wilmington where she founded the Lumina Festival of the Arts in the Summer of 2017. At UNCW she also curated the UNCW Presents series including Seahawk Family Arts Matinees, coordinated events in collaboration with five academic arts departments, and oversaw UNCW’s Kenan Auditorium.  For two years she was UNCW’s Interim AVC for Community Engagement, managing community partnerships, scholarly engagement, and four departments that engage with campus & community partners. Prior to her time in Wilmington, Ms. Brogdon spent almost eight years at Hubbard Street Dance Chicago as Artistic Administrator and General Manager, and nine years at the John F. Kennedy Center for the Performing Arts in Washington, D.C. At Hubbard Street, she managed the operations of one of America’s leading contemporary dance institutions, overseeing finance, facilities, human resources, artistic planning and touring. She facilitated collaborations with major Chicago cultural institutions including the Chicago Symphony Orchestra, Art Institute of Chicago, The Second City, and Illinois Institute of Technology’s School of Architecture. During her tenure at the Kennedy Center, Ms. Brogdon was responsible for programming the facility’s unparalleled ballet and contemporary dance season. She managed the Suzanne Farrell Ballet from its inception in September 2001 and was instrumental in the creation and growth of the Metro D.C. Dance Awards. Ms. Brogdon also created and produced a commissioning program for local choreographers, facilitating work by 20 artists from D.C., Maryland and Virginia. Ms. Brogdon holds a masters of arts in business with a concentration in arts administration from the University of Wisconsin and a bachelor of arts in economics from Duke University. She lives in the Twin Cities with her husband David and children Sol and Nicholas, and she knows that art and artists have the power to change the world.