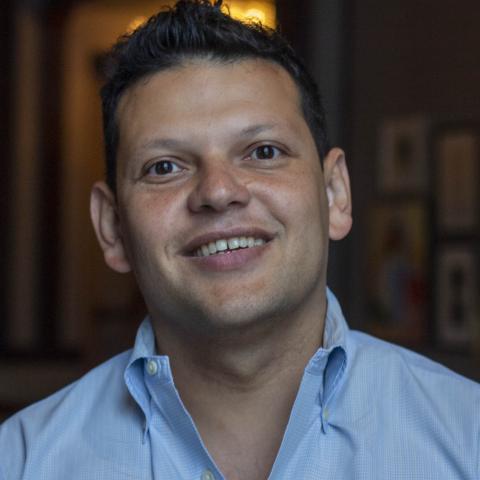 Iván Espinoza-Madrigal is the Executive Director of the Lawyers for Civil Rights (LCR). Espinoza-Madrigal is an expert in legal protections for people of color and immigrants. He has filed and won dozens of life-changing and law-changing cases across the country on behalf of people of color and immigrants. He advises federal and state policymakers on the legal needs of marginalized communities. His work is regularly featured in publications such as The New York Times. A sought-after thought leader, Espinoza-Madrigal speaks nationally on racial justice and immigration issues. He often focuses on the legal needs of people who identify across intersecting lines of race, sexual orientation, gender identity, and immigration status. Before joining Lawyers for Civil Rights, Espinoza-Madrigal was the Legal Director of the Center for HIV Law and Policy (CHLP). At CHLP, he supervised a legal team on national projects using HIV as a lens to address racial justice, criminal justice, immigration, and public health issues. Before joining CHLP, Espinoza-Madrigal worked at Lambda Legal, where he developed an initiative to address the legal needs of LGBTQ and HIV-affected people of color and low-income people. He also focused on marriage equality cases. Previously, he handled MALDEF’s immigrants’ rights docket. At MALDEF, he served as counsel in Friendly House v. Whiting, a challenge to Arizona’s anti-immigrant law, SB 1070, and was a member of the legal team that successfully defended Northwest Austin Municipal Utility District No. 1 v. Holder, 557 U.S. 193 (2009), a landmark U.S. Supreme Court voting rights case. Before joining MALDEF, he was an associate at Fried Frank LLP. At the firm, he worked on the legal defense of an innovative municipal program in New Haven, CT, that provides undocumented immigrants with an ID that allows them to receive city services they would not otherwise be able to access. Similar programs have now been rolled out in San Francisco and New York – victories for immigrant rights that would not have been possible without the precedent set in New Haven. Espinoza-Madrigal clerked in the U.S. Court of Appeals for the Sixth Circuit, and the U.S. District Court for the Southern District of New York. A summa cum laude and Phi Beta Kappa graduate of the University of Pennsylvania, he received a Juris Doctor from NYU School of Law, where he was a Root-Tilden-Kern Scholar. Espinoza-Madrigal has been cited for numerous awards and honors. He has been named among the Top 40 Under 40 by Boston Business Journal, one of Boston’s Most Influential People of Color, one of Massachusetts’ 100 Most Influential People for the Latino Community and one of the Top 100 Influencers: Rising Stars Across the Nation by the Business Journals. He has received awards from the Boston Bar Association, the University of Pennsylvania, Centro Presente, Brazilian Workers’ Center, the Lawyers’ Committee for Civil Rights Under Law, Queens Pride House, NYU School of Law, and the National LGBT Bar Association. Espinoza-Madrigal was profiled as an “Emerging Leader Fighting For Justice” by the Boston Business Journal. Read Iván’s posts on Cognoscenti and Huffington Post, and follow him on Twitter.