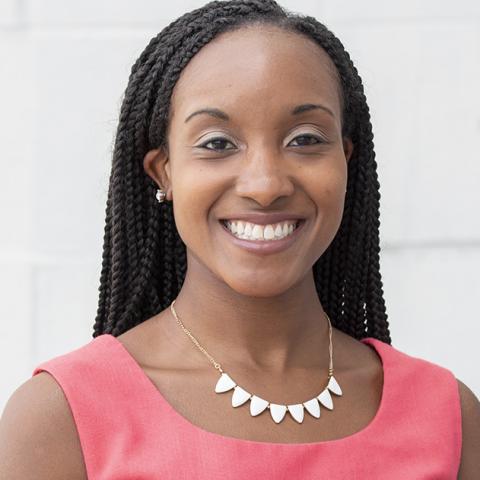 Indira Goodwine joined NEFA in March 2019 as the new program director, dance. She directs NEFA’s National Dance Project and major dance initiatives in New England, as well as collaborate with other NEFA programs supporting the dance field. With a dual background in dance and arts administration, Indira previously served as the Managing Director of Camille A. Brown & Dancers (CABD, Inc.) for the past two and a half years and as the Company Manager for several years prior. At CABD, Inc., she shepherded the organization through the attainment of 501(c)(3) nonprofit status, established of the organization’s founding Board of Directors, enhanced the institutional and individual fundraising efforts, increased the budget by at least 30% per year since 2012, and provided oversight of the development, implementation and continued growth of CABD’s dance engagement program, “EVERY BODY MOVE.” In addition, under her management and in partnership with PMG Arts Management, CABD has toured extensively throughout the United States with support from NEFA’s National Dance Project. Prior to her leadership role with CABD, Indira held positions at Harlem Stage, collaborating with operations, community partnerships, finance, and programming of the annual dance program, E-Moves. Originally from Queens, NY, she holds a BFA in Dance Performance from Florida State University and an MA in Performing Arts Administration from New York University. Indira currently resides in Quincy, MA