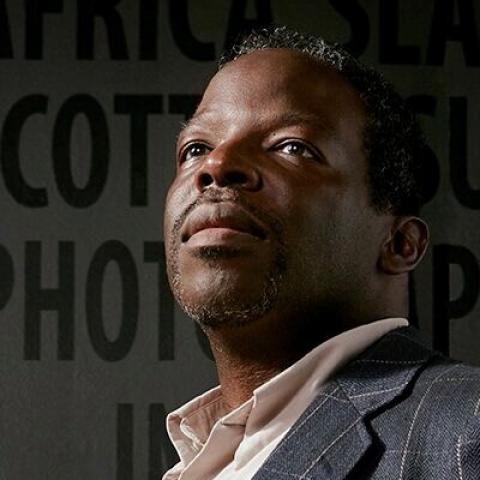 Frank Mitchell is a cultural organizer in visual arts and public humanities. He is curatorial adviser for the Toni N. and Wendell C. Harp Historical Museum at The Dixwell Q House — the relaunch of a legacy heritage organization based in New Haven’s African-American neighborhoods. As a researcher, curator, and educator his interests begin at the intersection of race, identity, and American visual culture. Mitchell has taught at the University of Connecticut, Trinity College, and the University of the Arts. His curatorial projects include the exhibitions Who Governs? Afrocosmologies: American Reflections, Beyond the New Township: Wooster Square, A Birds-Eye View: Citizen Science & Social Media, and Soulfood: African American Cooking and Creativity. Publications include the catalog Afrocosmologies: American Reflections, the anthology African American Connecticut Explored, and the culinary study African American Food Culture.

From 2016–2019, Mitchell served as Executive Director of the Amistad Center for Art and Culture. Before this appointment, Mitchell was the center’s assistant director and curator following his three years as the curator-at-large. During his time at The Amistad Center, Mitchell redefined the exhibition program from a collection-based focus on historical timelines to a topical exhibition program that integrates collections material and loans of contemporary art and partnerships with leading artists. Mitchell began his career as a community programs coordinator at the Studio Museum in Harlem and holds a Doctor of Philosophy degree in American Culture from the University of Michigan, a Master of Arts degree in African-American Studies from Yale University, and Bachelor of Arts degree from Bowdoin College. He is a former member of NEFA's Advisory Council.