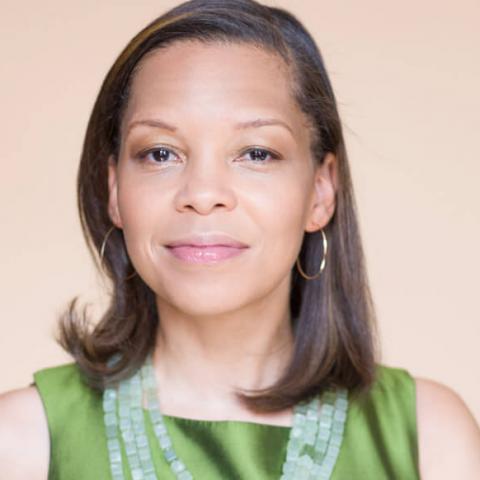 Anna Glass has been involved in the performing arts as both an artist and arts administrator for over twenty-five years. She currently serves as the Executive Director of the Dance Theatre of Harlem where she co-launched a collaborative initiative addressing racial inequity in ballet. In May 2013, she began her own endeavor dedicated to preserving and documenting the legacies of prominent Black artists and cultural institutions, and reinterpreting those legacies onto multiple platforms, including live performance.  She recently produced Carmen de Lavallade’s newest solo show Life of aLegend: Carmen de Lavallade for Jazz at Lincoln Center and prior to that As I Remember It – an intimate portrait of this legendary artist, which toured across the country. Anna previously served as the Managing Director of 651 ARTS, a presenting/producing arts organization dedicated to celebrating contemporary performing arts of the African Diaspora. While at 651 ARTS, she co-produced numerous projects, including the highly regarded national tour of FLY: Five First Ladies of Dance with Bebe Miller, Jawole Zollar, Dianne McIntyre, Germaine Acogny and Carmen de Lavallade.

Anna has also served a consultant providing strategic planning and fundraising guidance to various non-profit arts organizations across the country and has served as an advisor for the DeVos Institute of Arts Management supporting New York City non-profits. She currently serves on the 2019-2020 Tony Nominating Committee and on the National Resource Council for the Maggie Allesee National Center for Choreography at Florida State University. In 2003, Anna was named a DeVos Institute Fellow participating in the John F. Kennedy Center's Fellowship for Arts Management. From 1999 to 2003, Anna was the Artist Representative for the Dayton Contemporary Dance Company (DCDC) - a company she performed with for three years (DCDC2). Anna received her undergraduate degree from Oberlin College and her JD from the University of Dayton School of Law. She is also a licensed attorney in the State of New York. Anna lives in New York City (Harlem) with her husband and their daughter.