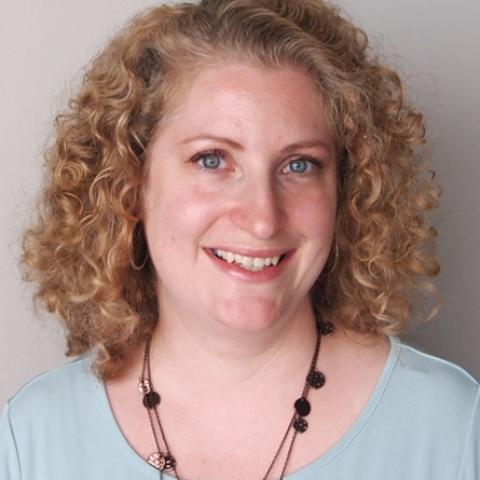 NEFA is seeking research proposals for the third installment of the Creative Economy Employment Report of the New England creative sector to be published on NEFA’s website in spring 2017. Submissions are due March 31, 2016.

Lead funding for the project activities in this RFP is provided by the Barr Foundation. Project partners for NEFA’s creative economy research and programs are the National Endowment for the Arts and the six New England state arts agencies.

The New England Foundation for the Arts (NEFA) seeks research proposals for the third installment of the Creative Economy Employment Report of the New England creative sector to be published on NEFA’s website in spring 2017.

Lead funding for the project activities in this RFP is provided by the Barr Foundation. Project partners for  NEFA’s creative economy research and programs are the National Endowment for the Arts and the six New England state arts agencies.

For the research consultant or team, this research project includes: 1) an employment analysis of the creative sector of each New England state, 2) mapping of employment clusters by locality where possible, 3) an update to the NEFA research definition of federally categorized creative industries and occupations, 4) a New England-wide artist survey, 5) and convenings of arts researchers, New England state arts agency directors, and creative economy leaders to gather input on all of the above. NEFA research manager Dee Schneidman will manage the project, and additionally coordinate work with regional stakeholders and other consultants to make associated updates to CreativeGround, New England’s online creative economy database; and to design, publish, and promote the employment study and artist survey.

Background
Since 1978, NEFA's economic impact studies of New England's nonprofit cultural sector have provided state and local arts agencies and arts organizations with case-making data to advocate for critical public and private sector support. In the mid 1990's, inclusion of Internal Revenue Service data in these studies revealed the nonprofit cultural community in New England to be a more significant economic force than anyone had yet imagined. Leaders in the region’s business, government, cultural, and educational sectors took notice, and the Creative Economy Initiative was formed in 1998. This partnership brought together the commercial and nonprofit components of New England's cultural sector to define the creative economy and analyze their collective economic impact in 2000.

That landmark report, The Creative Economy Initiative: The Role of the Arts and Culture in New England's Economic Competitiveness, was the first in the series that focused on employment as a measure of an economic sector comprised of arts/culture nonprofits, for-profit creative businesses, and creative workers (including artists) that work in various settings.

Since then, NEFA has continued to update both data and analyses of the entire creative economy and its nonprofit subset. In 2002, NEFA created CultureCount (now CreativeGround) as a data warehouse for this information, and in 2007, the second installment in the Creative Economy Employment Series was released. The Creative Economy: A New Definition included a definition of the creative economy cultural enterprise and cultural worker categories from widely available U.S. federal data sources; protocol for measuring these categories; data on cultural enterprise employment in each state of New England; and data and demographics on cultural workers in each state of New England.

We now seek to produce the third installment in our Creative Economy Employment Report Series, featuring enhancements to previous reports. The goal of this project, as with all of NEFA’s creative economy initiatives, is to quantify and spotlight New England’s creative sector to strengthen its identity, capacity, and support.

Through this project, we seek to answer several research questions surrounding the New England creative economy:

The research consultant/team will conduct an employment analysis of the federally categorized creative industries and occupations in New England, including where creative workers are employed, which creative occupations and industries are showing recession or growth, and how creative sector employment relates to the activity of other industries and other economic indicators. This report will effectively update the NEFA research definition from 2007 and give a timely and relevant report on New England’s creative sector since 2000.
The research consultant/team should:

Artist Survey
In order to complement the employment analysis above to include a broader and deeper data set for New England artists, an online artist survey will capture information on the circumstances and needs of artists living and working in New England including income, demographics, existing support, and areas of needs. NEFA staff is already working with Artmorpheus and other local stakeholders on an artist survey of the artists and creative entrepreneurs of Massachusetts. We would like to complete the design of this survey as part of this New England Creative Economy Employment Study and extend it to the entire New England region.
The research consultant/team should:

Report Design and Data Visualization
The user-friendliness of the New England Creative Economy Employment Report is extremely important. Graphics and data visualization should be used to convey information clearly and meaningfully; simplifying important points through visual language. The design of the report as well as all surveys and collateral should remain consistent with NEFA’s brand and demonstrate the creative skills of the sector the report describes.
The research consultant/team should:

Research Meetings
To further inform the research methodology and update the research definition for the New England Creative Economy Employment Report, NEFA will convene arts researchers and creative sector leaders for knowledge sharing and collaboration. We seek to hold the first meeting in June 2016 to capitalize on the wealth of knowledge that will be present in Boston surrounding the Americans for the Arts annual convention. NEFA and the research team will also gather input on the artist census and the report from creative economy leaders at NEFA’s New England Creative Economy Network (NECEN) meetings.
The research consultant/team should:

Geographic Area
The geographic area covered by this research project is the New England region as a whole, the states of Connecticut, Massachusetts, Maine, New Hampshire, Rhode Island, Vermont, and localities within these six states.

Deadline for submitting proposals (independently or as part of a group) is March 31, 2016.  Please direct questions to NEFA’s research manager, Dee Schneidman, at 617-951-0010 x530, and submit complete proposals via email to research@nefa.org.

Optional Addendum Project
Localities within New England might be interested in additional geographically targeted analysis of the artist survey data in order to share findings with agencies focused on economic development and ultimately strengthen the support for creative entrepreneurs and artists. The analysis and dissemination of local findings from the artist survey may be contracted by a different party for that work separately. Please note in your proposal if you would be interested in quoting separately on this project.