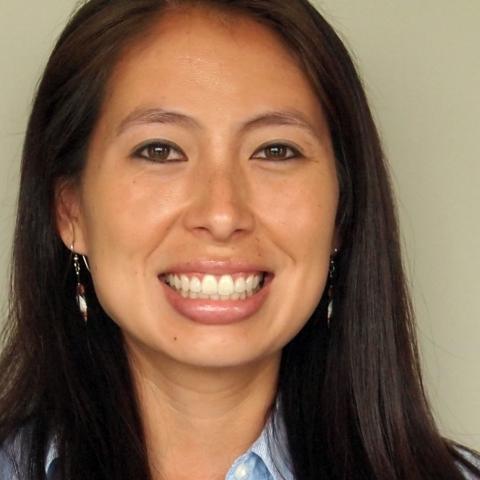 On the evening of July 24, a few NEFA staff members and Fund for the Arts advisors attended the opening of Bounce, by Boston-based artist Liz Nofziger, on the plaza of the Boston Center for the Arts. Funded in part by  Fund for the Arts at NEFA, Bounce is an interactive outdoor installation made up of three conjoined, regulation-sized ping pong tables, custom-engineered to form an over-sized community ping pong court.

When we arrived, we were warmly greeted by BCA staff members and introduced to Liz. As the 2014 BCA Public Art Resident, she was charged with creating work that simultaneously promotes curiosity and interaction within the community – goals which Bounce undeniably achieves. As we watched people play ping pong and listened to the echoes of each bounce of the ball (microphones are fixed to the bottom of the table to capture sound), I noticed passers-by stop to ask what was going on and smile when told what it was and that it was open to everyone. I also noticed the players – some who were friends, some who were strangers - engaging and laughing with each other as ping pong balls flew in all directions. Watch the video clip below, and then check out our photos from the opening.

Ping Pong Songs: Among the players in the video are NEFA's director of programs Jane Preston, NEFA board member and Fund for the Arts Advisor Geoff Hargadon, artist Liz Nofziger, and the BCA's associate director of visual arts, Randi Hopkins.

When it was my turn to play, I was a bit rusty and managed to hit the ball off the table a number of times. Fortunately, netted safety fences were placed nearby to block wayward balls from bouncing too far away and there was always a friendly face willing to help out – another way I found myself interacting with people quite often!

I can’t say enough about what a great time we had, I hope you will take the time to check it out! Balls and paddles are available to the public at all times; Bounce will remain on the BCA Plaza until October 15, 2014.