NEFA presented its inaugural Creative Economy awards on May 20, 2011 as part of the Creative Communities Exchange held at MASS MoCA in North Adams, MA. Supported by the Director’s Fund, established in 2010 to honor executive director Rebecca Blunk’s 25 years of service, cash awards were presented to two projects in recognition of their successful strategies, scope of impact on the creative economy, and possibility for replication in other communities.  Each project received $3,500 in celebration of NEFA’s 35th anniversary.  National Endowment for the Arts Chairman Rocco Landesman was on hand to congratulate the award recipients and address conference participants.

“The Creative Communities Exchange brought together a wide range of projects highlighting the many dimensions of the creative economy: downtown revitalization, artist and small business professional development, impact data collection, planning, zoning, space development, and marketing -- all excellent projects, culled from a very large group of submissions, which made it a challenge to select just two,” commented NEFA executive director Rebecca Blunk.  “We look forward to making this award, which champions innovative partnerships and inspired leadership, a part of our annual work.”

The first award was presented to Robert McBride of the Rockingham Arts and Museum Project (RAMP) of Bellows Falls, VT.  Founded in 1995 by McBride, RAMP’s mission is to demonstrate the impact of the 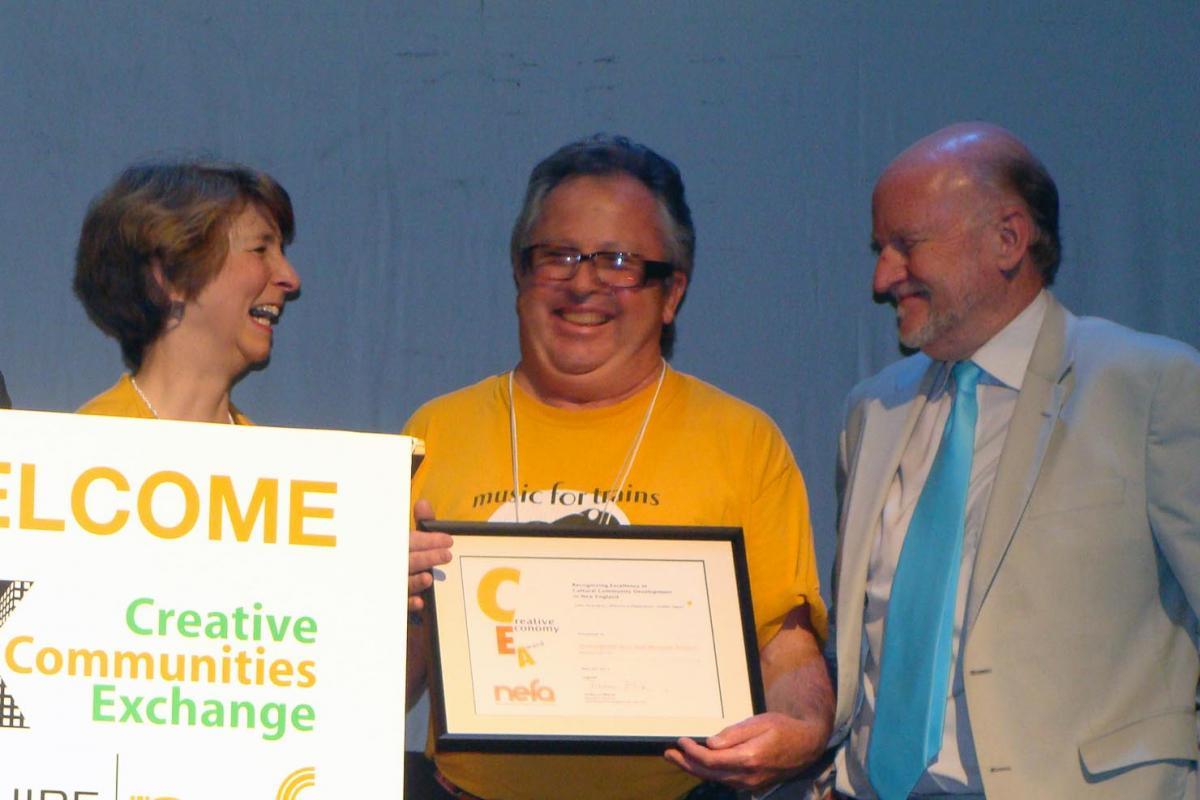 arts on the cultural and economic revitalization of Bellows Falls and surrounding towns, to mobilize and advocate for artists and the arts as catalysts, and to share their experience with others facing similar challenges. By effectively and creatively collaborating with other nonprofits, including arts and social service organizations, municipalities and libraries, as well as commercial businesses and individuals, RAMP has turned a rural former mill town into a vibrant area that supports artists, businesses, and visitors. Robert’s advice to those new to this work:  “Learn to listen. Realize that change is an incremental process. Have fun!”

The second award was presented to Project Storefronts, a program of the New Haven, CT, Department of Cultural Affairs, represented by Margaret Bodell and Barbara Lamb.  A few years ago, the Department of Cultural Affairs (DCA) took note of the increase in empty New Haven storefronts and began to match entrepreneurial artists with collaboratively-minded property owners with vacant spaces. Through Project Storefronts, artists and creative entrepreneurs are encouraged to test the viability of new creative and arts-related retail and other businesses by providing access - and 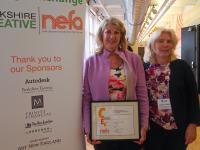 business guidance from the project partners - to empty retail space. One goal of this project was to enhance the walkability of downtown: the project has taken a formerly barren portion of a city block and transformed it into a brightly-lit, seven-day-a-week hub of creative growth and exchange for businesses as well as individuals attending creative workshops.  Project Coordinator Margaret Bodell reports: “Project Storefronts has achieved goals far beyond those we set out to fulfill.  A creative community has taken root in the ninth square, and is here to stay.”

In his remarks to the conference attendees, NEA Chair Rocco Landesman concluded, “You have powerful advocates in the New England Foundation for the Arts, and their Creative Economy initiative—and especially their new definition for the creative economy—is vitally important in knitting together the arts with the rest of society.”

About NEFA
NEFA creatively supports the movement of people, ideas, and resources in the arts within New England and beyond, makes vital connections between artists and communities, and builds the strength, knowledge, and leadership of the creative sector.  NEFA is a nonprofit that operates with funding from the National Endowment for the Arts, the New England state arts agencies, and from corporations, foundations and individuals. www.nefa.org.