In October 2013, I was invited by The Joyce Theater to join a research trip to Havana, Cuba, organized through a Road Scholar people-to-people exchange. The trip was supported by the Association of Performing Arts Presenters’ Cultural Exchange Fund and was part of The Joyce Theater’s cultural exchange initiative that has received major funding from the Robert Sterling Clark Foundation. Our group from the U.S. was led by The Joyce Theater’s Executive Director Linda Shelton and Director of Programming Martin Wechsler, who have traveled to Cuba a number of times over the years as part of The Joyce Theater’s cultural exchange initiative with Cuba. Other presenters on the trip included Jenny Hamilton and Laura Burkhart (New Orleans Ballet Association), Paul Brohan (Clarice Performing Arts Center at University of Maryland), Yolanda Cesta Cursach (Museum of Contemporary Art Chicago), Renae Williams Niles (The Music Center), and Jon Teeuwissen (Chos Management).

Over five days, we saw work by ten different companies, including Danza Contemporanea de Cuba, Conjunto Folklórico Nacional de Cuba, Danza Abierta, Compañía Rosario Cárdenas, and MalPaso Dance Company, among others. The work we saw ranged from show dance to contemporary and traditional forms, and the opportunity to speak with each company offered us a glimpse into both their creative process and means of support. We were impressed with the technique, strength, and stamina of the dancers across all the companies whom we saw perform.

It was interesting to note that the role of the choreographer is less emphasized in the company structure in Cuba compared to the U.S., where many companies are commonly identified by their choreographer or where projects are conceived and driven by a single choreographer's vision. Most often, we spoke with a company director or rehearsal director. The exception to this was MalPaso Dance Company, one of only two companies we met that is independent and not supported by the state.

The development of independent choreographers and companies is very new in Cuba, and it will be interesting to see how these independent companies and artists continue to develop and sustain themselves professionally. Based on conversations we had with several young artists who are interested in making their own work, there has not been a strong practice or history of collaboration and pooling of resources between artists.

In addition to the dance performances and meetings, we toured the historical center of Havana, visited Muraleando, a community art project that is home to a stretch of colorful murals and local artists, and toured the National Museum of Fine Arts of Cuba. Each night, we dined at a local paladar, independently owned and operated restaurants situated in a family’s home. Many of them are quite stunning, with ocean-side locations, paintings and sculptures by local artists, and dishes tasty enough to match the views.

Our time in Havana went by quickly--there was so much to take in and learn that the days sped by much faster than I wish they had. The opportunity to visit was extraordinary, and I am still absorbing my time there. I hope it won’t be my last visit, as I know there is so much more to learn about dance in Cuba, and I have only scratched the surface. Here are a few photos I toook to give you a better sense of our experience. You can also see the U.S. premiere of MalPaso Dance Company at The Joyce Theater this May. I hope you will!

Lunch at the Parque Central Hotel 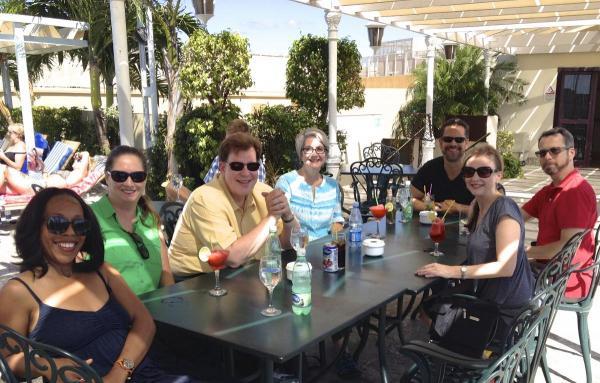 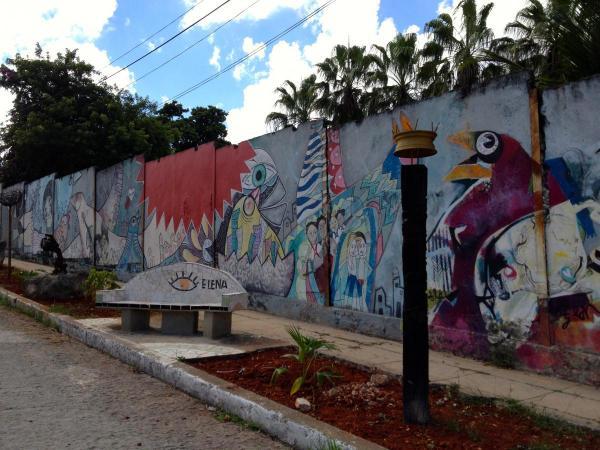 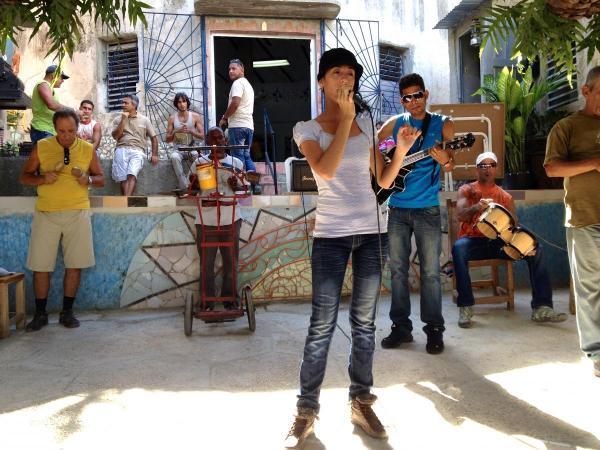 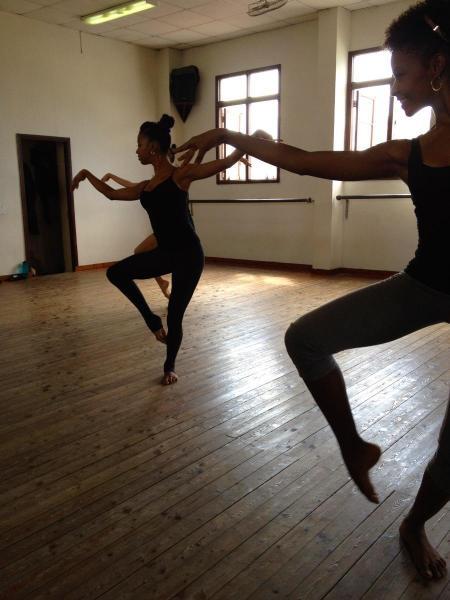 JJ Dance Company showing at the Dance Center of Havana 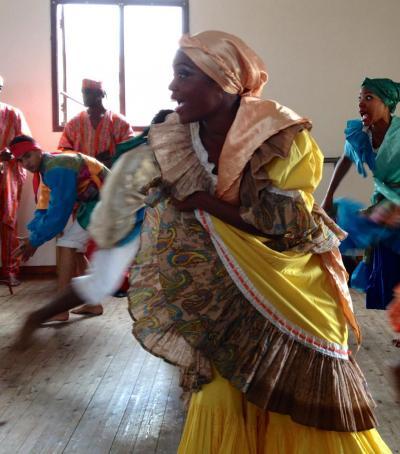 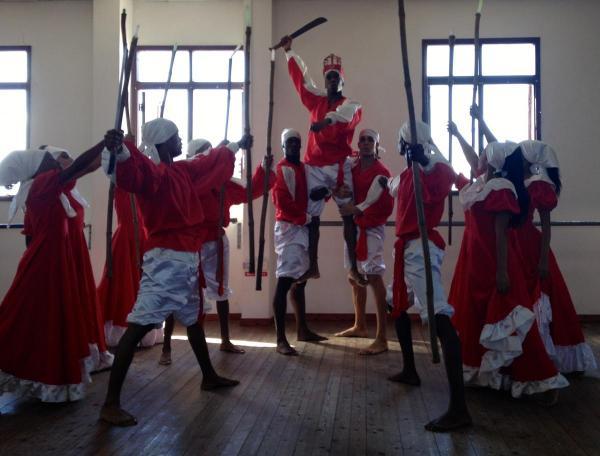 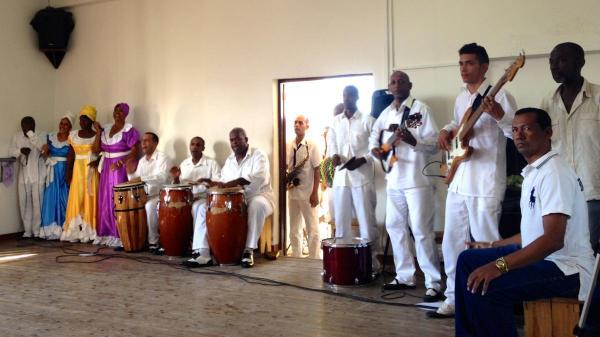 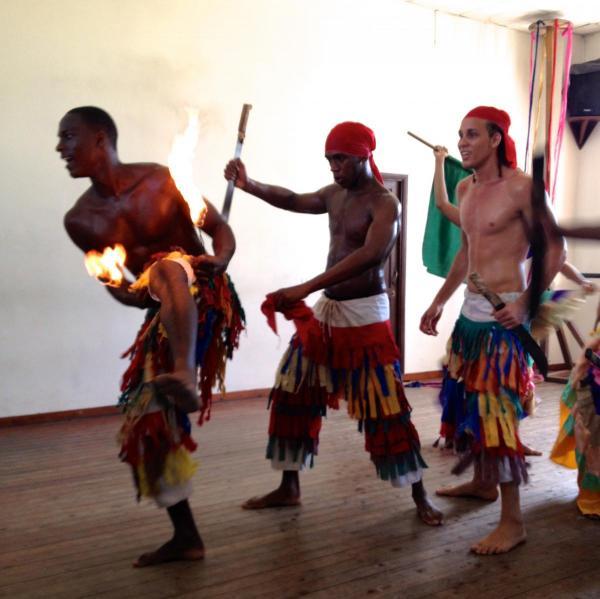 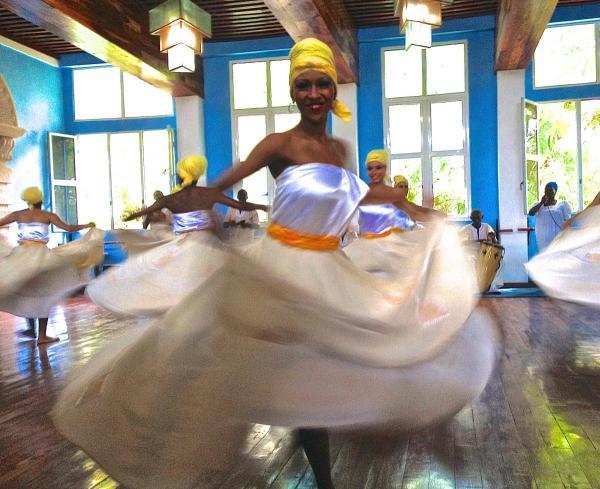 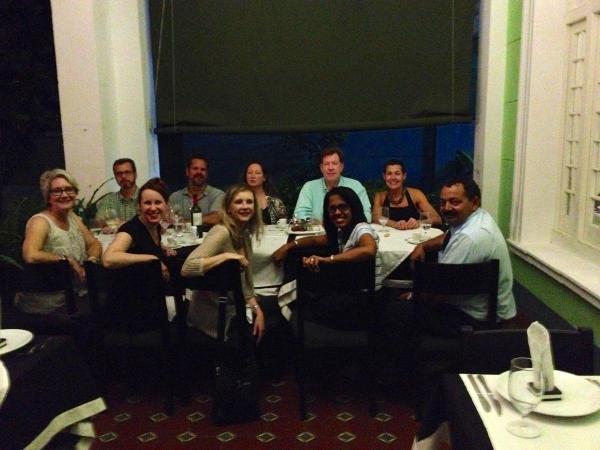 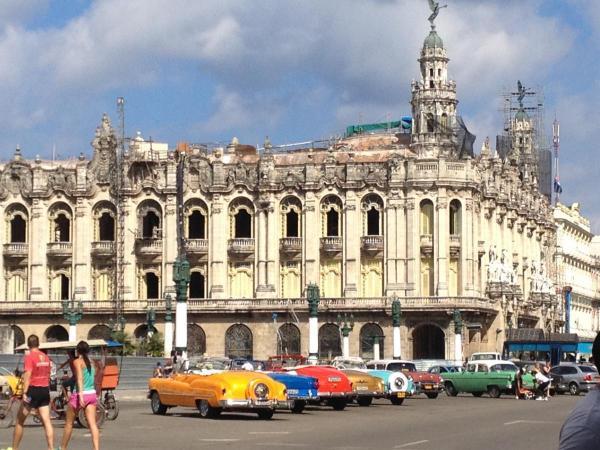 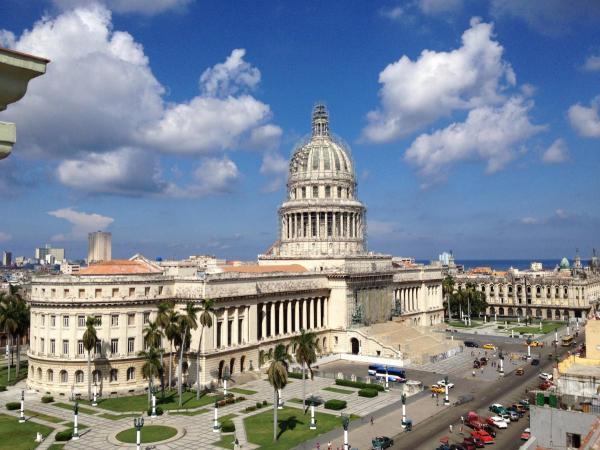