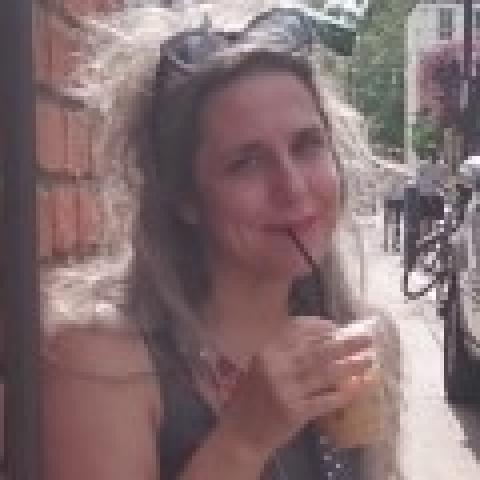 I had not attended an Idea Swap in a decade. Monkeyhouse was not currently planning any projects to tour New England. So what could I gain by hustling out to Worcester for the 2016 Idea Swap?

As artists, we focus on expressing ourselves. We have the elevator pitch for our latest endeavor at the front of our mind ready to be dropped into conversations with funders, potential audience members and presenters. Sadly, in our quest to produce our creations, we can become myopic and forget to listen to the issues of the greater arts eco-systems where we are embedded.

Since I lacked a project to push, I sat down quietly at Table 10. I decided to just listen to others talking about …urinals. Um, did I hear that correctly?

Yes indeed, my tablemates were knuckle deep in an animated discussion of gender neutral bathrooms with people swapping tips on how to convince board members that it was a worthy investment and sharing demographics on their communities. I had just attended a Story Collider at Oberon in Cambridge the night before where I had noticed that all the bathrooms were unisex but I had not considered any of the internal machinations that made that possible. Immediately, I had renewed appreciation for the complexities of these Executive Directors’ jobs. Even when Monkeyhouse curates things like the Fleur D’Orange residency through Center Stage, we partnered with existing spaces without ever factoring in the nuances of the facilities. These folks nibbling pastries around me, however, were transforming current political debates about the rights of the LBGTQ communities into architecture. Their passionate curatorial eye extends well beyond the stage to influence the communities that they serve.

When the PowerPoint presentations about touring productions began, I noticed the gasps of admiration or soft sounds of pencils scribbling notes at my table. During the coffee break though, I listened intently as people explained which projects might fit into their upcoming seasons. They often raved about the artistry of shows that they knew would not be a good fit for their communities and made plans to go see those shows at other venues. Wait, what? I thought that rejection from a certain presenter was an indictment of validity or quality of my work. Clearly, I had underestimated the challenging alchemy of crafting a season that will stretch audiences without scaring them away.

Over lunch I sat in on the overview of the Institute for Curatorial Practice in Performance at Wesleyan. These people were really digging into the heart of my Idea Swap experience. Their program re-imagines collaborations between artists, presenters, and communities. They are seeking out more dynamic and ongoing engagement models. I was sitting across from a woman from Jacob’s Pillow while calmly finishing my soup when a small idea crept into my head: we need more space for conversations with people that would normally intimidate us.

I know many presenters will think I am insane but I frequently feel I am still that 9th grade girl with braces and in striped, acid washed jeans trying to catch the attention of the sophisticated seniors when I approach you. Yes…you. You are the power brokers in my field and I get anxious when I see you at APAP or other conferences. And of course, I know that some artists can have the same effect on audience members. Don’t all of us crave moments, though, where we can just be people around a table together finding intersections in our interests? Creating those spaces is now the nugget that is shaping my future projects. Frankly, it is what gave me hope when the election results came in a week later.

Thanks to everyone who organized the 2016 Idea Swap and I would like to encourage artists, presenters, community activists, and curious audience members to join me at the tables for Idea Swap 2017 or even to contact me at Monkeyhouselovesme@gmail.com to continue the momentum of what we started in November.

NEST Grant Changes: What You Need to Know