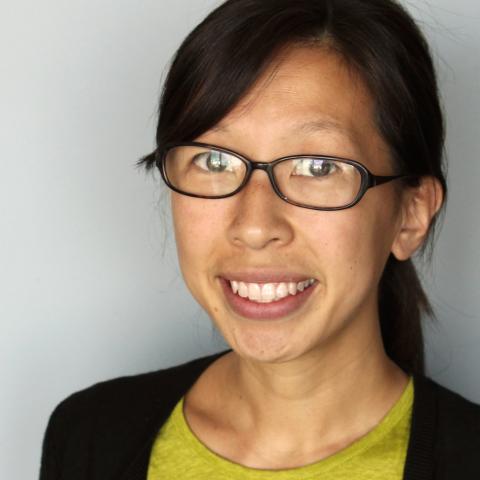 I had the pleasure of interviewing Shaw Pong to learn a little more about her artistic practice and Code Listen 3.0.  Below are excerpts from our conversation.

KS: Thanks for taking the time to chat today. Can you tell us about your artistic practice and what inspired this project?

SPL:  For a while now, I’ve been trying to figure out my pathway as a musician working towards social justice. What is it that I can do, working with music specifically? I have a sister who’s a labor activist, and I’ve learned a lot from her. But I know that I don’t want to be a full-time organizer; I want to be an artist. Code Listen is a part of continuum of work where I’ve been informally organizing musicians in Boston through a network of musicians called, Play for Justice, specifically focusing on activating classical musicians, to show up for Black Lives Matter events, and even before that performing at the Occupy Boston encampment.

I see my role as an artist, as one of raising awareness first, and helping to bring these conversations into places where folks aren’t normally talking about it – into the concert hall, and into the performing arts arena - and I also see music as such a powerful healer to bring people together and create space for reflection for these difficult conversations.

SPL: Code Listen really started in the Fall of 2015, three years ago, through the City of Boston Artist in Residence Program, Boston AIR. At that time, we were seeing the crisis of police brutality, police community relationships, and police killings of unarmed men of color being brought to national attention. Recognizing that this is something that communities of color have dealt with for generations, this wasn’t previously a part of white mainstream consciousness.

As I got to know people from different city departments through Boston AIR, I was surprised by the openness of the Boston Police’s representative in considering a collaborative project that would grapple with supporting survivors of homicide through music while also addressing difficult social issues related to racism, police practices, and how violence is related to all of that. I collaborated with the Boston Police on a six-month project through Boston AIR, and I also knew that by starting these relationships I was stepping into something more long term than that.

For this iteration, I went through over 20 hours of interviews with most of the ensemble members and got to hear their stories in greater detail. I was also able to compose a few new pieces from their stories and bring some of my friends and colleagues who are professional musicians into this and have their artistry also inspire and lift everyone up.  We also incorporated the larger than life portraits from the Mother’s Day memorial project into the performance as well.

KS: And what have you learned along the way?

SPL: As I started the project through Boston AIR, I became aware that we were really at the beginning of something rather than the end. Part of my learning process has been around the time it takes to build relationships to a point where you can start to have these conversations about difficult things. And, also, that sometimes the relationship is more important than the conversation itself. Some of the police officers who are a part of Code Listen 3.0 have been a part of this project over the past three years. The ability to build trust over time may be the first priority, and that was a big learning for me.

KS: How has Code Listen changed you as a person and an artist?

SPL: On a professional level it’s really raised my profile.  I’m currently a Kennedy Center Citizen Artist Fellow, and some of the recognition that I’ve been getting has been related to this particular project.  This has been the most high-impact work I’ve ever done. Seeing the love within the ensemble is beautiful and humbling to be a part of. And to be able to put my anger, grief, and frustrations with bigger social issues into something that’s building, nurturing, giving people something that they didn’t have before, that feels positive, is such a gift.

And it has been extremely challenging!  Over the past three years I cut back a lot of my music playing, and this project has been 90% organizing.  Code Listen 3.0 was an opportunity to bring in my voice as a composer. I struggled with that too! Recognizing these aren’t my stories, I want to be respectful and not co-opt them.  At this point I’m really happy with the balance we’ve struck.  It’s still these amazing people in the ensemble sharing their stories, and I feel really grateful that I had the opportunity to compose a few new pieces that reflect their stories.

KS: How has Creative City impacted you as an artist and your artistic practice?

SPL: Creative City was the impetus for envisioning this stage of the project!  I knew their needed to be a next level, next iteration, and having the opportunity to apply for Creative City and articulate what that vision could be set this stage of project into motion.  And it seems like a long time ago – over a year ago when I started envisioning this. I’m at the point in the project where I’m finally seeing the pieces together!  It’s happening! The vision for this thing basically came out of the grant application process for Creative City. I didn’t know exactly how it was going to work, or if we were going to get there, and here it is!

You can experience Code Listen at the Isabella Stewart Gardener Museum this Saturday:

Seats for these shows may sell out.  RSVP using the links above to guarantee a seat.

NEFA and the following collaborators were integral to the successful production of Code Listen 3.0: The Kroc Community Center, Celebrity Series of Boston, Isabella Stewart Gardner Museum, Legacy Lives On, A Far Cry, Teen Empowerment, and First Church in Roxbury.