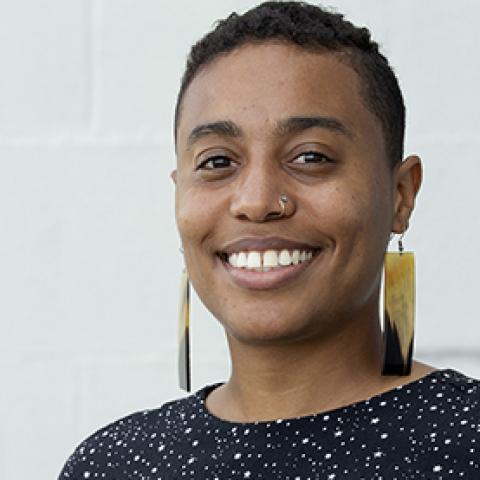 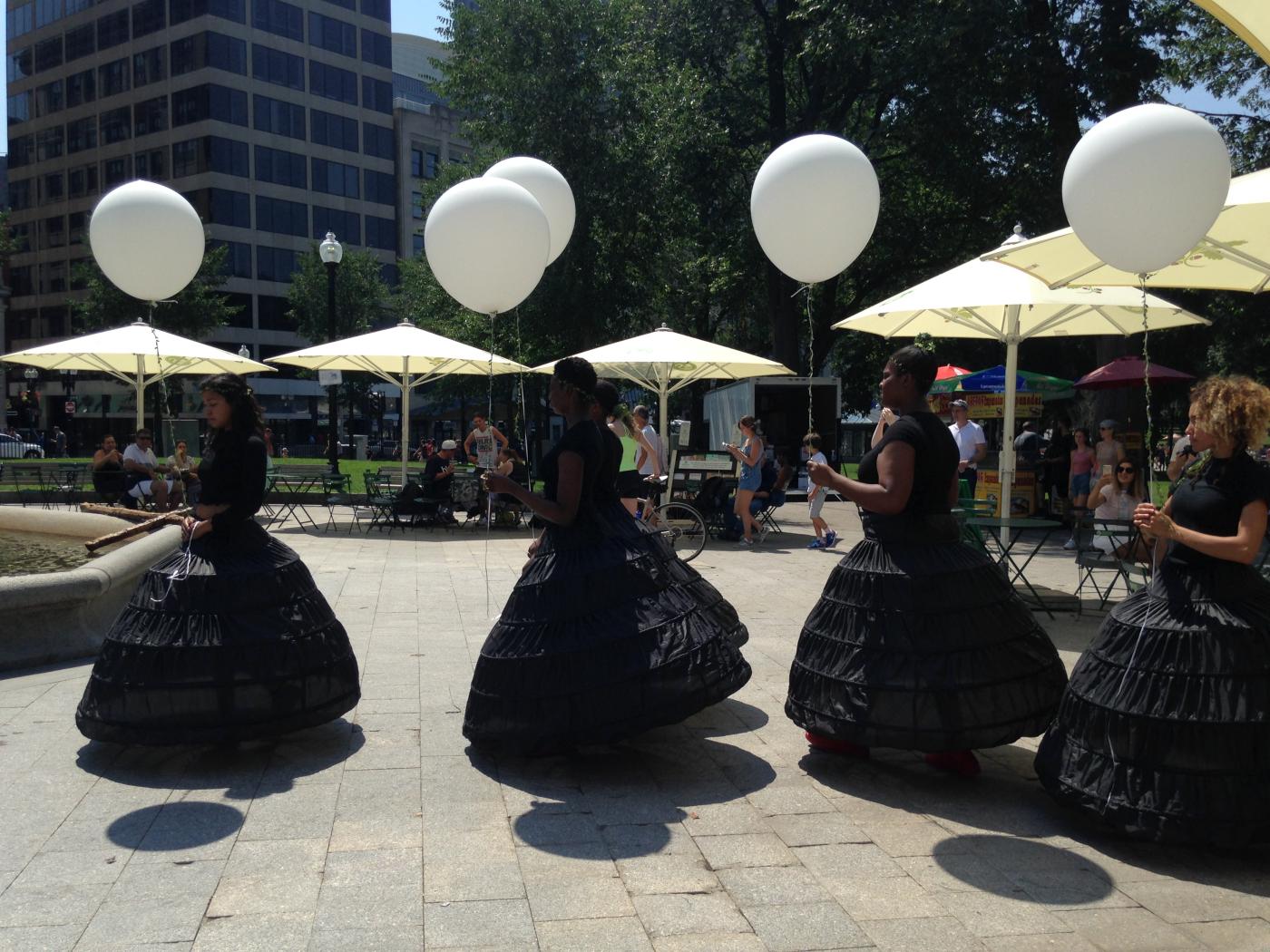 Breath and Balloons showed us that stunning movement can be inspired by something as simple as a balloon. Chavi Bansal’s dance performance Breath and Balloons graced Boston’s public beginning at Downton Crossing on Washington Street. Basal in company with four young women dancers, slowly moved along one of the busiest shopping centers on a summer Sunday. They made their way down a small side street, crossed over Tremont Street, and concluded in the Boston Commons. 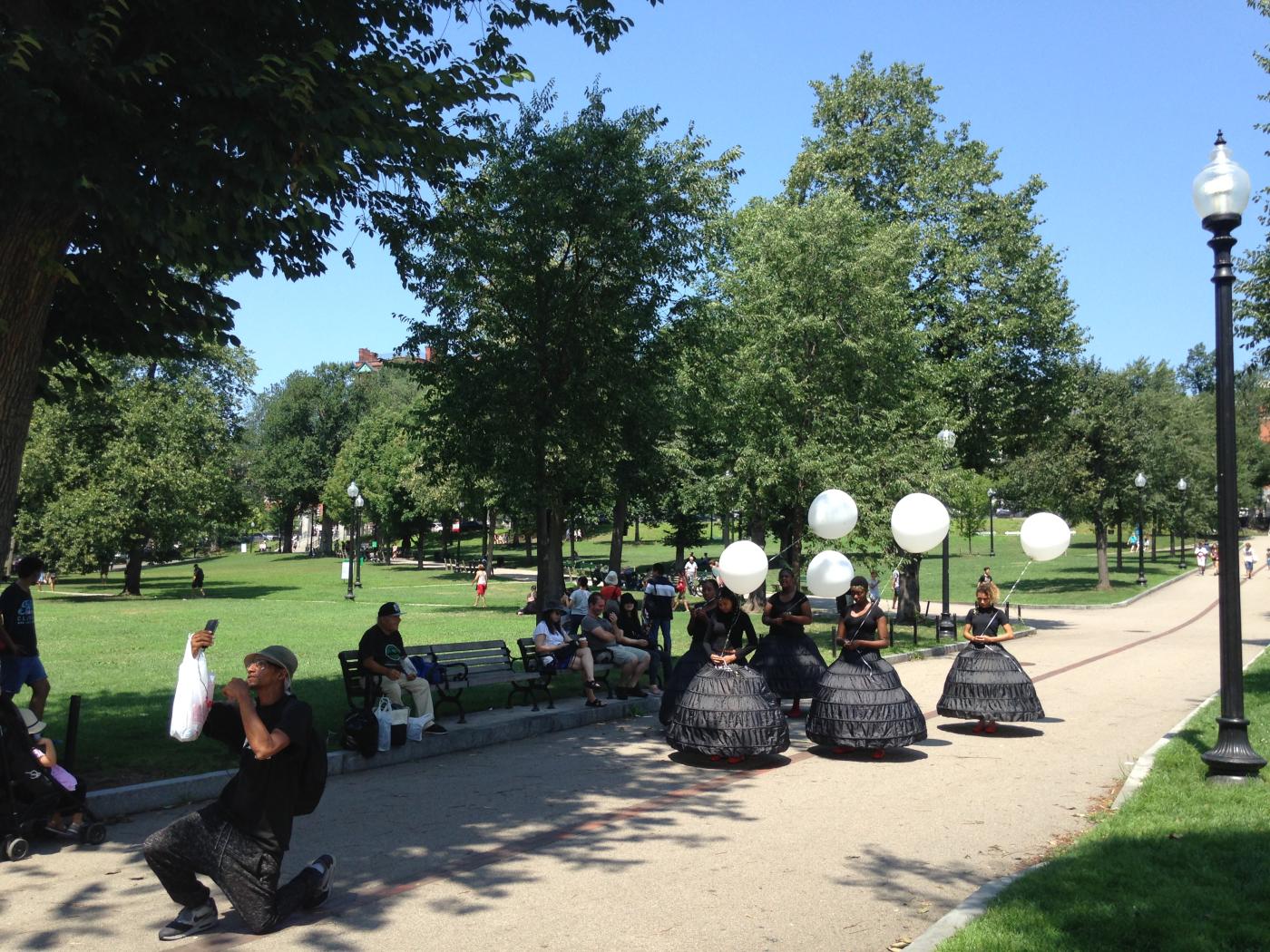 Each dancer moved in pace with a large white balloon. Over two hours the dancers, including Chavi, slowly changed locations, performed a series of movements, shifted location again, and continued their dance performance in vignettes while surrounded by a contrasting, fast paced crowd.

As Chavi describes the intention of the piece, “I wanted to experiment with the conscious…Using the cues of balloons I felt that through movement I could literally contrast the feeling of being lifted and lightness—that joy that children have when holding a balloon—with the heaviness of reality all around us. “

Denasia, one of the young performers expressed the lesson she took from embodying an intentional relationship with a slow-moving object, “I learned to meditate, just stay calm and slow down.”

This slowing down seemed to affect the surrounding crowd as well. Spectators began to pause, get curious, and take notice of the dance company among them. The dancers expressed confidence the more the crowd asked questions and wanted to connect with the piece as it was in motion. All three of the young dancers shared that they had never danced in public before. Chavi noted that the curiosity of the crowd was supportive to the young performers, “…when I saw (the young dancers) in the performance I thought they were really owning the piece. People were asking questions and they were answering them.” 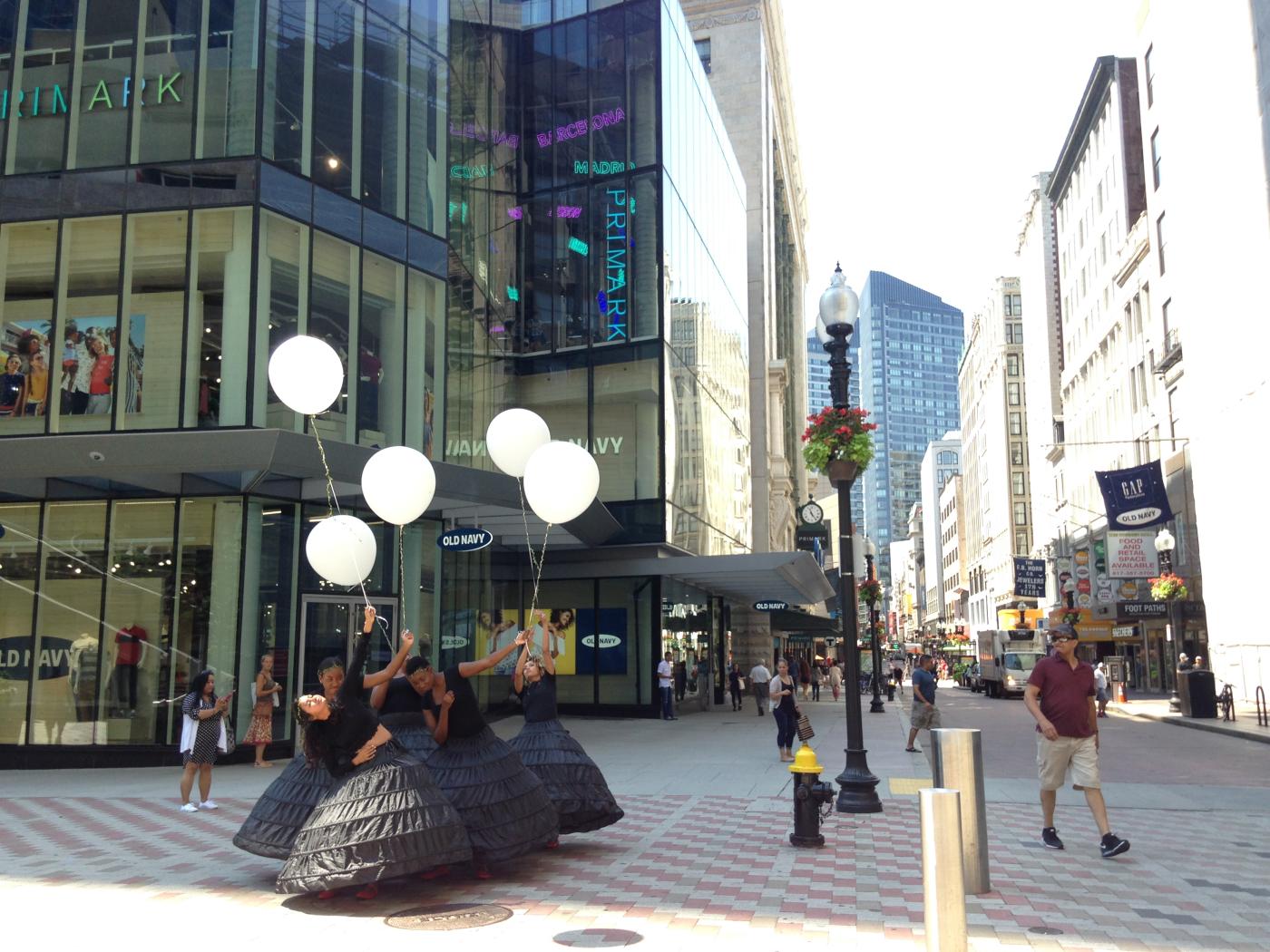 When asked if they felt confident interacting with the crowd, all three resoundingly said, “Yes!” Denasia continued, “The more we danced the more I got into it and my confidence grew.”

Each young dancer walked away with a different lesson. Manousheka revealed that she feels more open to performing in front of people. Through the meditative movement Alanie said that she tapped into her more serious side. And Denasia felt the benefits of meditation and slowing down. They all expressed that they would do it again.

From India, Chavi Bansal’s early dance training was in Bharatnatyam, Bollywood, Martial Arts (Kalaripayatt), and Indian Contemporary dance. Craving a broader dance vocabulary, Bansal moved to the Netherlands, where she earned her B.A. in Dance with a specialization in Choreography. In 2010, Bansal founded her company, Vimoksha, or “Liberation” in Sanskrit. Using a base of Indian classical movement and western modern technique, Bansal’s work is developed largely through improvisation. At its heart, regardless of the form, the practice is focused on three areas; self-inquiry, stillness and connection. Since moving to Boston in 2014, Vimoksha has found a company of Boston-based dancers. Bansal’s Work have been presented by University of Stavange (Norway), Danstalier’s (Rotterdam, NL), Mundial Festival (Netherlands), Boston Center for the Arts (Boston, MA), Dance Complex (Cambridge, MA), Indai Bahitat Center (India), Omi International Arts Center (NY). Bansal is constantly trying to brig dance to different communities in Boston, for which Vimoksha runs a sister company, Moving Stories, and work with youth of Roxbury Tenants of Harvard, to bring art to communities who generally don’t have access. Chavi’s work has been supported by Boston Foundation, New England Foundation for the Arts, Mass Cultural Council, Cambridge Arts Council, Boston Center for the Arts, Fidelity Charitable made possible by James Sprigg and the Dance Complex. 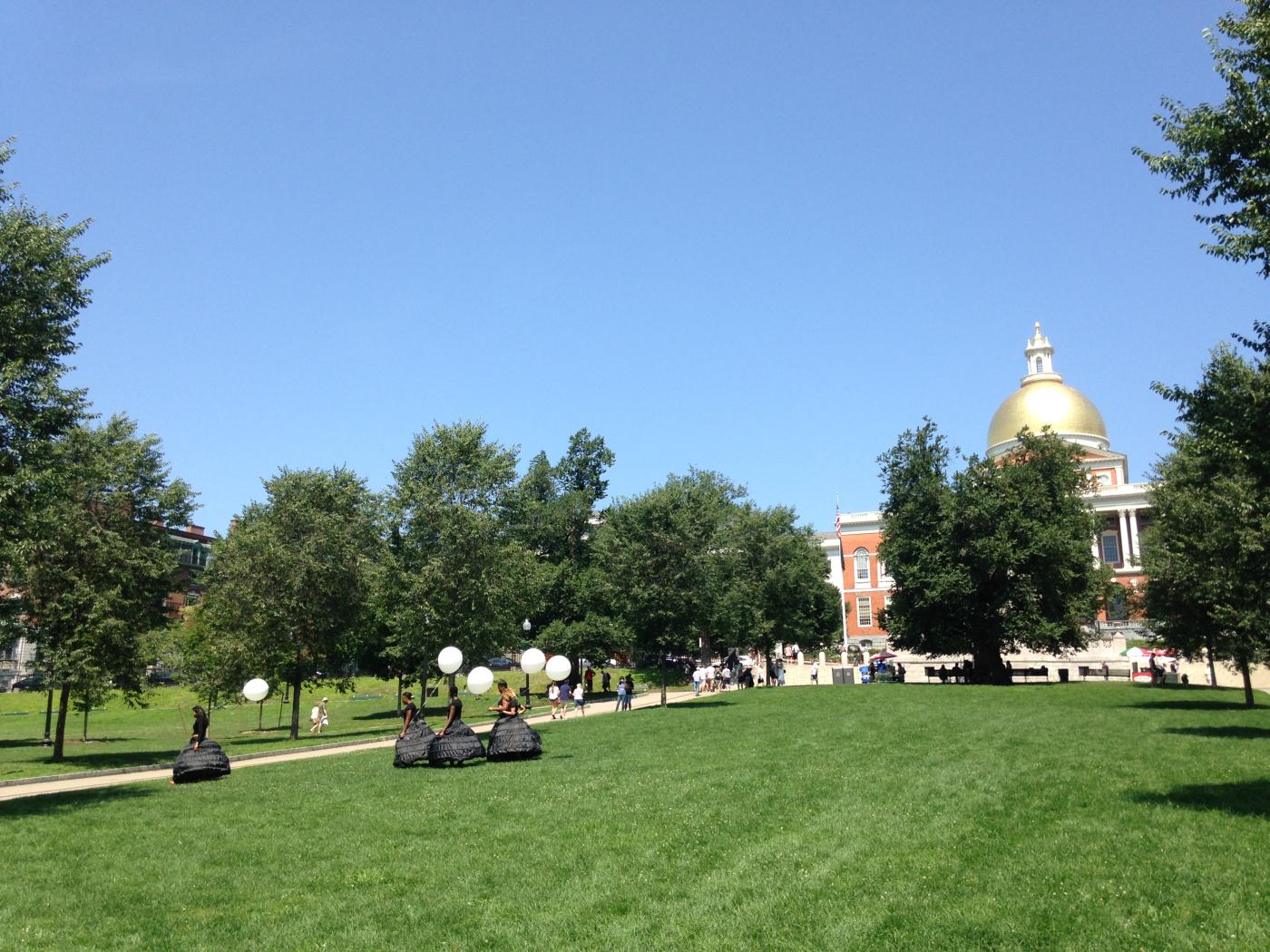