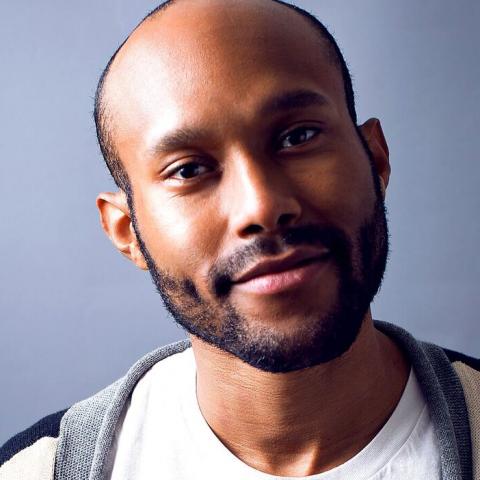 Jonathan McCrory is an Obie Award-winning, Harlem-based artist who has served as Artistic Director at Dr. Barbara Ann Teer's National Black Theatre since 2012. He has directed numerous professional productions and concerts which include: How the Light Gets In (NYMF), Klook and Iron John (NAMT), Dead and Breathing, HandsUp, Hope Speaks, Blacken The Bubble, Asking for More, Last Laugh and Enter Your Sleep. He has worked at ETW at TISCH NYU with Emergence: A Communion and evoking him: Baldwin and at Suny Purchase directing Exit Strategy, &  A Beautiful Day in November on the Banks of the Greatest of the Great Lakes. In 2013, he was awarded the Emerging Producer Award by the National Black Theatre Festival in Winston Salem, North Carolina, and the Torch Bearer Award by theatrical legend Woodie King Jr. He is a founding member of the collaborative producing organizations Harlem9, Black Theatre Commons, The Jubilee, Next Generation National Network and The Movement Theatre Company. McCrory sits on the National Advisory Committee for Howlround.com and was a member of the original cohort for ArtEquity. A Washington, DC native, McCrory attended the Duke Ellington School of the Arts and New York University’s TISCH School of the Arts. To learn more, please visit www.jonathanmccrory.com.