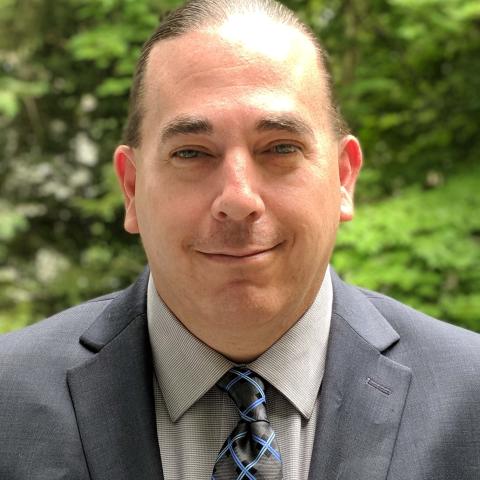 Chris Newell (Passamaquoddy) (He/Him/His) is Co-Founder/Director of Education for Akomawt Educational Initiative, a majority Native-owned educational consultancy based in Connecticut. He was born and raised in Motahkmikuhk (Indian Township, ME) and a proud citizen of the Passamaquoddy Tribe at Indian Township. Chris’s education career began immediately after high school as a substitute teacher during his time as an undergraduate at Dartmouth College. He is a longtime member of the Mystic River singers, an internationally acclaimed and award winning intertribal pow wow drum group based out of Connecticut. For over two decades, Chris devoted much of his time to Mystic River travelling all over the US and Canada singing at community pow wows and spending time in those communities learning various Native musics.

Chris earned an interdisciplinary Bachelor of General Studies degree from the University of Connecticut which propelled him back to educating as a profession. He served for six years as the Education Supervisor for the Mashantucket Pequot Museum and Research Center. Out of the museum, Chris and his museum colleagues co-founded the Akomawt Educational Initiative as a response to observations of the public school system and the lack of representation of Native history and social studies. Chris combines his music and education disciplines together and often makes presentations that educate, but also entertain. Chris was the Senior Advisor for the Emmy-award winning documentary Dawnland and participant in the upcoming short documentary Weckuwapok: The Approaching Dawn chronicling a historic sunrise concert collaboration in 2021 with Wabanaki musicians/storytellers and 18-time Grammy-winning cellist Yo-Yo Ma.

In 2019, he was honored by the New England Museum Association with an Excellence Award for his collaborative efforts on the exhibit America Transformed: Mapping the 19th Century with the Norman B. Leventhal Map Center. He is a current board member for the New England Museum Association, the Tides Institute, and Maine Public, and serves on the New England Foundation for the Arts Advisory Council. From 2020 – 2021, Chris served as the first Wabanaki Executive Director for the Abbe Museum, Maine’s only Smithsonian affiliate. He and the team at the Abbe led the effort to create Digital AMIM in 2020 in response to the global pandemic which earned Chris and the entire Abbe staff a 2020 NEMA Excellence Award. His dedication to this work goes back to his experiences at Dartmouth. He is a second-generation Native educator looking to change our world for the better.