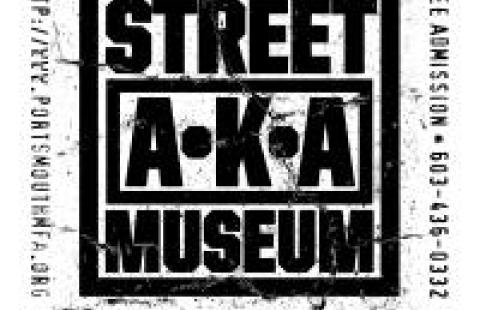 Contact Name
Cathy Sununu
Post date
January 10, 2013
Project Dates
Summer 2011
Workshop Leader
Creative Communities Exchange (CCX) 2013
Tags
Real Estate, Design
'Street a.k.a. Museum' was an exhibition of street art presented by the Portsmouth Museum of Art during summer 2011. Because it was an exhibition of street art, it was important to present the work in context to maximize the value of the exhibition. As such, the Museum worked with private property owners around downtown Portsmouth to obtain permission to use their buildings and properties as "canvas" for the artists to present their work. The works created became part of an outdoor downtown walking tour.

The tour impacted the community in several different ways. It brought visitors to downtown Portsmouth; it stimulated the most vigorous dialog about public art and art in public; and it re-invigorated interest in specific neighborhood revitalization projects.