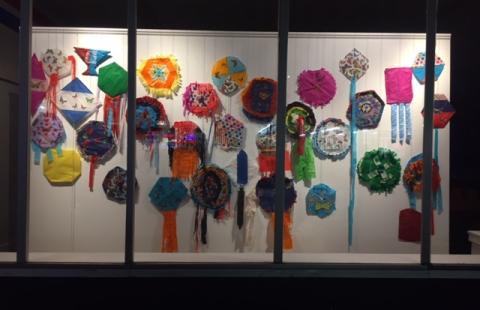 Contact Name
Mimi Graney
Post date
December 11, 2018
Project Dates
October 1 to November 2, 2018
Tags
Placemaking/placekeeping
This All Souls Day event facilitates community conversations about both personal and community experiences of loss and change through Latin American traditions. Halloween (All Hallows), All Saints Day and All Souls Day are three related holidays and many cultures have their own way of grieving and reflecting through these days. Inspired by Guatemalan and Ecuadorian celebrations, small groups gather throughout October to process their experiences of grief and loss while creating colorful kites. These kites are then the centerpiece of a community festival where music and traditional special foods are shared. The conversations continue as visitors create tissue paper flowers and to write messages on strips of paper sent to the heaven on kite tales.