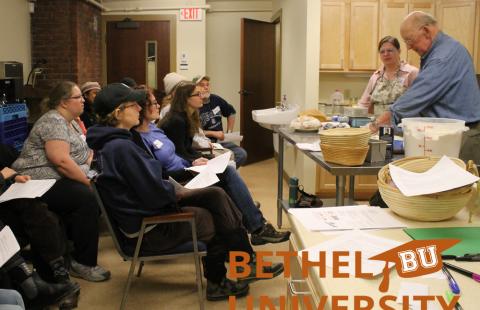 Contact Name
Rebecca Stone
Post date
December 14, 2016
Project Dates
March of each year, since 2014
Workshop Leader
Creative Communities Exchange (CCX) 2017
Tags
Event, Networking, Workforce Development
Bethel University is a unique, free pop-up university in Bethel, Vermont - created for the community, by the community. During the month of March each year, anyone can teach a course on any topic under the sun and anyone can take courses for free. In 2017 - our fourth year - we offered 77 classes on everything from writing to dodgeball, guerrilla art to Argentine tango. Bethel University attracted more than 1,000 registrations this March, drawing people from more than 57 towns and five states to our tiny town of 2,000 people. "BU" offers a way for our community to enliven the downtown and public spaces, attract visitors, meet neighbors and find common interests, share skills and learn new ones, support our local businesses and spark the creative economy.