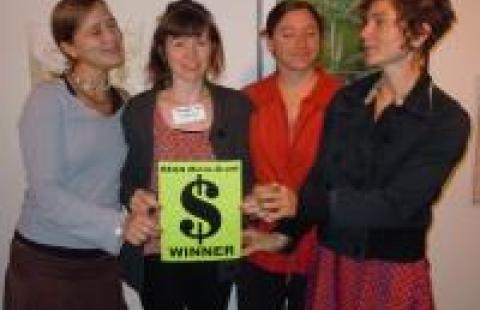 B.E.A.N.also aims to change the face of arts funding — from a top-down model with limited interaction between funders and recipients to one that features direct, personal contact between donors and their beneficiaries, allowing virtually anyone to become a philanthropist.

For $12 anyone can attend a dinner catered and served by the Elliot Street Cafe, with live music by local musicians. Over dinner, guests review and discuss funding requests for local art-related projects.