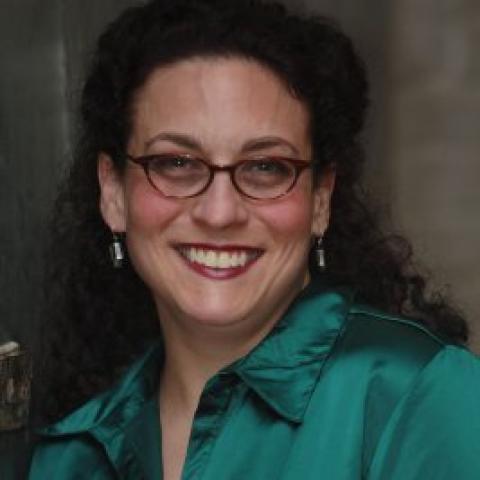 In November 2017, Creative City  grantee Mehmet Ali Sanlıkol premiered his new composition entitled DEVRAN: Music of Islam, Turkey & Renaissance Europe for two free public performances in Boston, at NEC’s Jordan Hall and at First Church in Roxbury. The aim of the composition and the concerts was to connect diverse people and cultures through enjoying live music. Turkish-American composer-performer Sanlıkol was inspired to elevate the conversation around the stereotyping of Muslims in today’s political culture--employing music to bring together cultural expressions of Islam and Europe, highlighting the diversity of Boston’s Muslim community, and hoping to catalyze further conversation among Muslim and non-Muslim Bostonians. The project’s centerpiece was DEVRAN, Sanlıkol’s unique new intercultural choral work combining Muslim texts, Renaissance choral style, and Middle Eastern elements into an artistic whole. Both concerts featured performances by the NEC Chamber Singers and DÜNYA, Sanlıkol’s Turkish ensemble.

The program opened with the DÜNYA ensemble, led by Sanlıkol, performing traditional vocal and instrumental music of the Sufi Dervishes and the Ottoman Jews. In the next segment, the New England Conservatory Chamber Singers, led by Erica Washburn, performed Italian Renaissance a cappella pieces by Josquin Desprez and Salamone Rossi, followed by DEVRAN, Sanlıkol’s sacred composition drawing on the diverse elements that have gone before – but expressing them in his own unique musical voice.

“My music isn’t polemical or ideological, but it comes out of the whole of my backgrounds,” Sanlıkol explains. “As a secular Muslim-American composer, performer and educator living in Boston since 1993, I have grown more and more uncomfortable with all that has been happening around us in recent years. DEVRAN is my artistic response to it – combining my own varied musical influences from diverse cultures.”

He continues, “I was born in Istanbul in 1974 and grew up in Bursa, Turkey, where I lived until I was 18. My parents were Turkish Cypriots who grew up under the British in Cyprus and, as Muslims, their relationship with Islam was more cultural than devotional. When growing up, my father would only take me to the mosque during Ramadan. Praying five times a day was not required in our household and fasting was just occasional. However, religious holidays were very much acknowledged and as were religious ceremonies to honor the dead. The kind of secular profile I describe was, and still is, common among millions of Muslims.”

“The terror attacks by ISIS and other extremists during recent years have prompted fear and paranoia toward all Muslims in the U.S. and Europe, and a stereotype has taken over the media: covered Muslim women, men sitting over prayer rugs, fundamentalist Muslims who follow sharia law. But the cultural heritage of Islam is much more diverse (as is the range of those who identify culturally but not religiously with Judaism and Christianity), and Muslims who are secular or loosely practicing, as well as those who follow Sufism (Islamic mysticism), need to become visible in the public sphere if we are ever to recognize each other’s full humanity.”

“Like the other Abrahamic faith communities, Islam presents a rich, cosmopolitan and pluralistic cultural heritage which includes millions of people in the U.S. and around the world who, like my parents, are both Muslim and secular. It’s my hope, that through this concert, and the sharing of cultural differences, that we can educate Bostonians on the various types of Islamic practice, and start breaking down stereotypes that don’t help anyone.”

On Sunday, November 12, Creative City hosted a panel discussion called “Demystifying Islam” before the 3pm concert at First Church in Roxbury. Moderated by WBUR’s Louise Kennedy, the panel included Creative City grantee and DEVRAN composer/performer Mehmet Ali Sanlıkol, Ali Asani, Professor of Indo-Muslim and Islamic Religion and Cultures at Harvard University, and Robert Labaree, Professor of Music History New England Conservatory, who also plays in the Turkish group DÜNYA with Sanlikol. Attendees were invited to ask questions to the panel and topics included the role of music in all religions, the spectrum of orthodoxy within many religions, and that folks coming together to enjoy music can help gain bridge cultural differences.

Creative City is funded by the Barr Foundation with additional support from the Boston Foundation.
TagsMusic, Performing Arts, Blog
Share