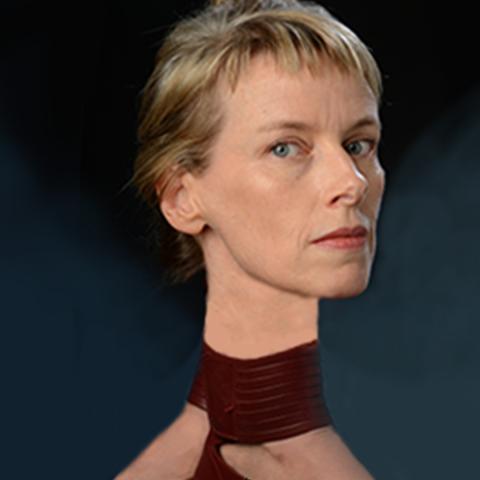 Colorado-based choreographer Michelle Ellsworth received a National Dance Project Production Grant in 2013 for the creation and touring of Clytigation: State of Exception and a Production Residencies in Dance (PRD) grant to support a late-stage production residency at On the Boards in Seattle, WA. The PRD residency took place in August 2014, and Clytigation: State of Exception will be ready for touring with NDP support in 2015.

I have a long history of having an extremely stressful premiere, feeling deeply disappointed, and then spending an entire year trying to fix my work. I then perform the profoundly improved version once or twice and then it is rarely seen again. This has been an excruciating trajectory for me–one that has not served my audiences or the work itself. When I received the NDP Production Grant for the creation of Clytigation, I committed myself to interrupting my previously dysfunctional narrative. By requesting an extension to my NDP tour window and the NDP-funded PRD residency, I was able to get the time I needed to make a first draft, fix it, and then premiere and tour the piece in its second iteration.

A pretend self-imposed premiere in my studio does not have the required reality, teeth/urgency, or feedback of a full production and hand-picked audience, but with the PRD residency, I was able to simulate a full-blown premiere for an audience of nine people: Erin Boberg, Lane Czaplinski, Sarah Wilke, Zoe Scofield, Brian Rogers, Juniper Shuey, Claudia La Rocco, George Lugg, and Sixto Wagan. My crew spent the first week working 12-hour days getting the technical kinks ironed out and then we showed four different versions of the piece to a small audience. The questions they asked in the post- show discussion covered everything from technical logistics to meta-themes and choreographic gestures. In addition, because several of them are associated with venues where the work will soon be shown, we were able to have specific conversations about how the work would translate and be adapted to their spaces. I then gave myself several days after the showing to absorb/digest the experience.

“Healthy” is the most accurate word I can find to describe the impact the PRD residency had on my creative process, the work itself, and its tour-readiness. I took greater risks and tried things that I would have been too conservative to try in front of a paying audience, and the risks were precisely what the work craved. Trying so many versions and iterations of the work allowed me to see what was essential and what was redundant. I left the residency energized (I really hate to use that word, but it is true) and I now have time before the official premiere at On the Boards (in March 2015) to tweak and fine tune the work. I am confident the piece will be fully realized by its premiere in March and truly ready to tour.

I felt genuinely supported by the entire On the Boards team. The technical production team and I will have a measurably easier time in March having worked together in August. Executive Director Lane Czaplinski’s encouragement to make risky choices and to do what I wanted was extremely liberating and my relationship with On the Boards feels stronger than ever before.

When Lane and I had our last meeting at the end of my residency he said to me, “This residency made us all remember why we love doing what we do.” He also said, “The piece is really solid, don’t mess it up for March…”

Check out Michelle’s choreography generator website. You can also save the link as an app for your smart phone. 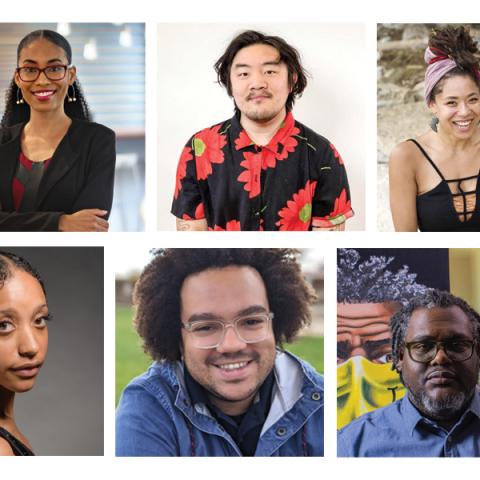