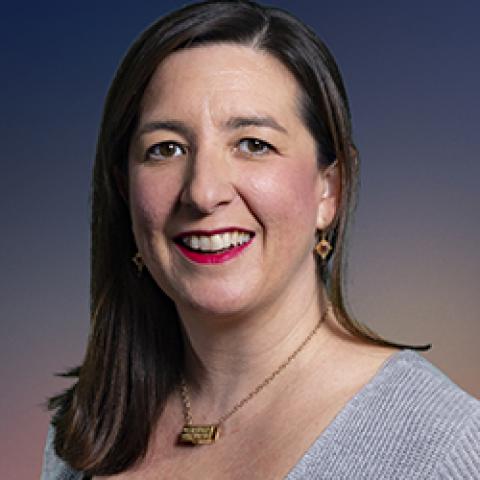 Stephane Fortunato has been the Director of Providence's Department of Art, Culture + Tourism since 2016. She leads the Department at the intersection of cultural planning and urban development, collaborating with local communities on creating arts-based policies and partnerships to strengthen neighborhoods and transform public spaces. In her tenure, Ms. Fortunato has helped the Department secure new resources to expand the staff and focus to include arts education, public art, and PVDFest, the City’s signature destination arts festival. These initiatives have enhanced Providence’s brand and identity as a Creative Capital and led to international collaborations. Since Ms. Fortunato began working for ACT in 2008, she has managed the City’s first cultural planning process, led the cultural planning team on a major transit corridor study, assisted the development of a regional creative economy conference and network, supported Providence’s 375th anniversary celebration, and overseen creative placemaking initiatives funded in part by the National Endowment for the Arts, ArtPlace America and the Kresge Foundation. Previously, Ms. Fortunato was director of programs for The Pawtucket Foundation, a public-private partnership working to catalyze area prosperity, and a consultant with Jane Clark Chermayeff Associates LLC, a firm specializing in family programming and interpretation for museums, science centers, and outdoor play spaces. Ms. Fortunato began her career on Long Island working for the Huntington Arts Council and as curator of a local history museum. She is on the Board of WaterFire, the Providence-Warwick Convention & Visitors Bureau, and on the advisory committees for the Providence Tourism Council, Congressman Jim Langevin’s Arts and Culture Committee, and New England Foundation for the Arts. In 2018, Ms. Fortunato received the Mary Brennan Tourism Award from the RI Hospitality Association. She has served as a panelist for the National Endowment for the Arts, Rhode Island State Council for the Arts, among other agencies. She received her M.A. in public humanities from Brown University and a B.A. from Providence College.