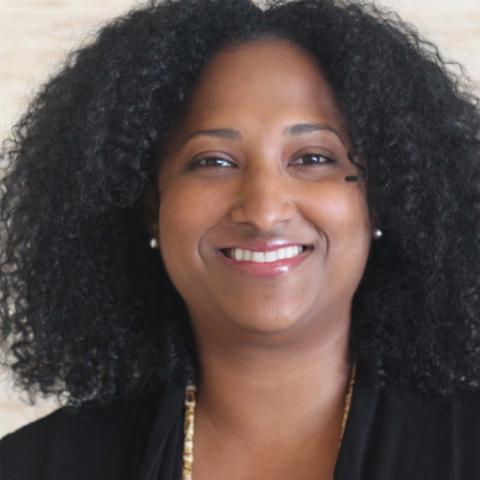 Kristina Newman-Scott is the newly appointed president of BRIC, which presents programs in contemporary art, performing arts, and video that reflect the creativity and diversity of Brooklyn, NY. BRIC also advances and nurtures emerging voices and works-in-progress by local artists and media makers. BRIC supports open access to arts and media by making programs available without charge or at very low cost, through education and public programs, and by enabling and amplifying individual and community voices. Before joining BRIC, Newman-Scott was a visual artist, creative strategies consultant, and a television and radio producer in Jamaica, where she was born and raised. She made history as the first immigrant and first woman of color to serve as the Director of Culture and State Historic Preservation Officer for the State of Connecticut, where she oversaw the state’s economic and community development grant-making, programs and services related to art, culture and historic preservation. Previously, Newman-Scott served as the Director of Marketing, Events and Cultural Affairs for the City of Hartford; Director of Programs at the Boston Center for the Arts; and Director of Visual Arts at Hartford's Real Art Ways. Newman-Scott’s awards and recognitions include a 2018 Connecticut Women’s Education & Legal Fund, Woman of Inspiration; a 2017 Writers Block, ACE Awardee; Hartford Business Journal Forty Under 40; a National Arts Strategies Creative Community Fellow; a Hive Global Leadership selectee; and a Next City, Urban Vanguard. Newman-Scott has served on the boards of the National Assembly of State Arts Agencies, The Connecticut Forum, and the New England Foundation for the Arts as well the Americans for the Arts Private Sector Council. She has been a TEDx speaker, visiting curator, guest lecturer, or featured presenter at colleges, universities, organizations and events across the country and internationally.