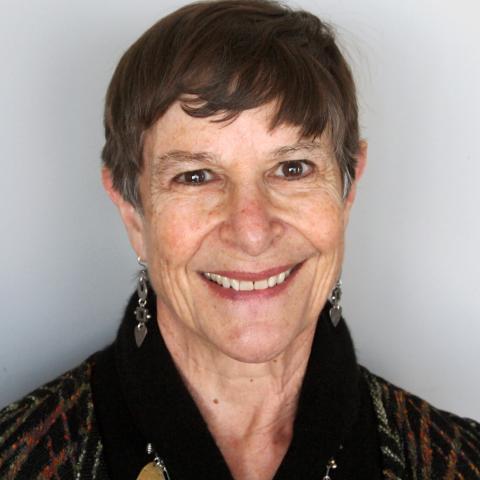 She/Her/Hers
Board of Directors
MA/CA

Amy Zell Ellsworth is a teacher, choreographer, artistic director, mentor, advocate and philanthropist. Ellsworth moved to Boston in 1975 and taught at the Institute for Contemporary Dance, Dance Circle, and Lesley College; was a choreographic assistant and danced for Sarah Caldwell’s Boston Opera Company; and performed, choreographed and co-produced concerts with Dorothy Hershkowitz. Together they formed Dancentral where Ellsworth taught classes in technique, repertory and choreographed. Through the mid-80’s, Ellsworth’s own company Zellsworth Dancers toured New England and New York City, was on the New England Foundation for the Arts Touring Roster and Ellsworth was awarded three choreographic fellowships from the Commonwealth of Massachusetts. After disbanding the company, she continued to teach both in studios and at local universities, performed with Beth Soll, Dances by Isadora, and Daniel McCusker and began her involvement in other aspects of the dance field. She served on the boards of Concert Dance Company, and Revels. In the late 90’s she joined the board of Boston Dance Alliance, became president for 6 years and was instrumental in shaping the future of the organization. Zellsworth retired as a dancer in 2000, and worked for The Philanthropic Initiative, a nonprofit advisory team that designs, carries out and evaluates philanthropic programs for individual donors, families, foundations, and corporations until late 2011. She currently works in partnership with The Boston Foundation and other local institutions to develop programs to support choreographers in Boston and New England. In addition to board service for NEFA, she is also the Board Chair of the National Immigrant Women's Advocacy Project (NIWAP Inc.).