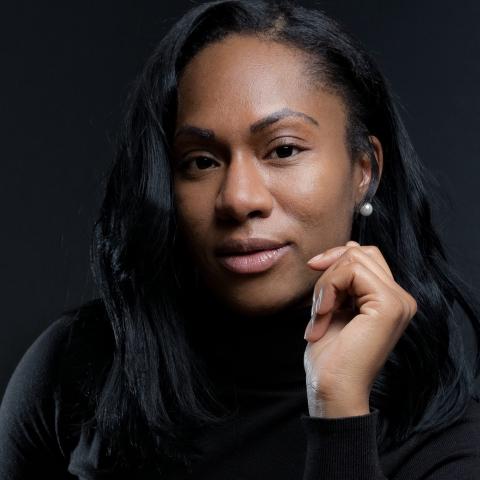 Adriane Jefferson (She/Her/Hers) is an Arts Administrator and cultural equity leader who has worked professionally in the Arts & Culture sector for over 17 years. She is currently the Director of Cultural Affairs for the City of New Haven and the Executive Director of New Haven Festivals, Inc., where she is leading the city on cultural equity and anti-racism initiatives. Adriane and her department have created the Arts for Anti-Racism Pledge, The Unapologetically Radical Conference, and the City of New Haven’s and State of Connecticut’s first ever Cultural Equity Plan. Prior to her current role she served as an Arts Program Manager for the State of Connecticut, Department of Economic and Community Development/Office of the Arts where she developed groundbreaking programs for the State of Connecticut such as The Arts Workforce Initiative paid Employment Program and the READI (Relevance, Equity, Access, Diversity and Inclusion) Music conference, which has placed hundreds of young creative workers of color in arts jobs and professional development opportunities across the state.

As part of Adriane’s most recent work with the City of New Haven, Adriane oversees the City’s membership in the Government Alliance of Race & Equity and has formed the Core Race Equity Task Force. The Task Force plays an advisory and leadership role to the Mayor and Executive Leadership on internal and external race equity issues in the City of New Haven and practices equitable systems changed. Adriane is also a member of the Closing Gaps Network, Living Cities Initiative, which provides ongoing leadership training on community organizing, anti-racism principles, equity assessments and capacity building. Adriane oversees the Civic space, which is a multipronged Civic engagement platform where community members communicate directly with city officials on the changes they wish to see in their neighborhoods. The Civic space has been used as the community engagement component for the $100,000,000 dollars in ARPA funding that the City of New Haven has received.

Adriane’s professional career began in 2004, where she worked behind the scenes in local television & production and special event planning in the city of Miami, Florida. Simultaneously she was also pursuing her B.A. in Popular Music from Florida Memorial University, graduating Cum Laude in 2009. Developing much of her professional career in Miami, Florida from 2004 – 2015, Adriane has worked in arts education as an educator in both music and theater arts. Between 2008 and 2010, she helped to develop the drama program for Alonzo Mourning Charities’ Over Town Youth Center and The Gibson Charter School. Adriane returned to The State of Connecticut in 2015 to serve as the Executive Director and Senior Director of programs for the Writers Block Ink in New London, CT. She later served as a member of their Board of Directors.

Adriane is a thought leader, adviser and educator pertaining to issues of Justice, Diversity, Equity, Access, and Inclusion. She has expertise in program design, event & media production, grant making, external affairs, and new program initiatives. She specializes in professional development programming for young creative professionals, programs that amplify Black, Indigenous, People of Color, and social change initiatives. She has dedicated her career to fostering a more equitable, vibrant and sustainable arts landscape.

Adriane has an M.A. in Arts Administration from Savannah College of Arts and Design. She currently serves as a councilwoman for the State of Connecticut Arts Council, an Advisory Board Member for New England Foundation for the Arts and as an Ex-officio Board Member for the Shubert Theater. Adriane has received the 40 Under 40 award from the Urban Professional Network and the 40 Under 40 award from The Connecticut Magazine. Her arts for anti-racism work has been featured in Americans for the Arts’ Arts Link publication. She is mother of one and a member of Delta Sigma Theta Sorority Incorporated.